Warzone Night Mode is coming soon, but are we ready?

Warzone will be getting a Night Mode update very soon. Reportedly the new mode might be called “Nightfall“. In the latest update, Warzone will get a bunch of new equipment along with the huge change in map weather but are we ready?

Call of Duty is trying to keep Warzone players fresh with new content. In their effort to keep up with other battle royale titles, they are now bringing this Nightfall mode sooner than a lot of us expected. 150 players Verdansk will be just an amazing new experience.

A night mode requires a lot of design changes. Including how weapons and equipment are going to adapt to the new mode is still in question. However, most of the weapons are adjustable to Thermal and Night Vision optics. Heartbeat sensor and some other equipment are already night mode friendly.

Nonetheless, a default Night Vision Camera will be necessary for every player.

Strong rumors of Nightfall coming in Season 6 might just be a reality. But there is no way to confirm whether the update will fall next week or season 6.

ModernWarzone’s Twitter account gave us two crucial hints about the Nightfall mode so far. According to these images, all we can see is total darkness and some ambient lights. ModernWrzone also added the leak is real because the one user who sent these photos; experienced this dark-themed loading screen multiple times. Players are not equipped with Night Vision goggles here. If these screenshots are to be believed then the bad news is we might have to rely on just ambient or artificial lights only.

In 2015, Battlefield 4 released a Night Operation mode. Battlefield Community had mixed reactions about the new mode. Players raised concerns about the game-play styles. Warzone must give players the option to chose between Verdanks Night or Verdanks Day. And for the players to be ready for the Night mode, a beta test of Nightfall is most welcomed. 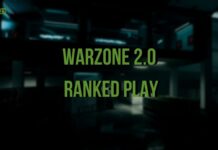 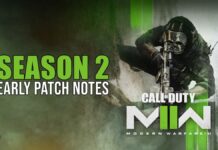