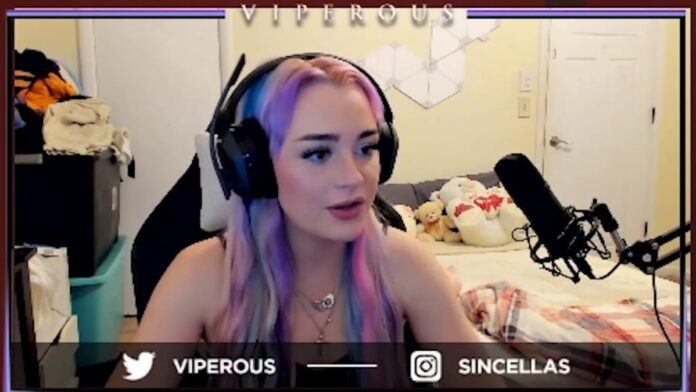 Streamer Viperous has been banned from Twitch with viewers speculating DMCA strike as the reason.

Viperous, the popular Fortnite and R6S Twitch streamer recently got banned from Twitch. Furthermore, this is her 2nd time getting the ban hammer from the streaming platform. Back in November, Viperous received a ban for a racial slur while streaming from Twitch. However, Twitch quickly revoked the ban and apologized after it was confirmed a misunderstanding.

Although this time, it seems like her ban will not be lifted so easily or quickly. As her 12th June stream was cut off as a result of a ban. Even though fans were left confused along with Viperous. The reason now seems pretty clear. Viperous was streaming CBS content during the live stream. Hence, it is likely that Viperous got banned from Twitch for a DMCA takedown. In fact, during the stream and right before the ban, one tweeter user warned her to be careful on stream. The viewer probably spotted her errors and warned her but it was too late. As unfortunately, Viperous received the ban after a short while. The user even stated the reason as DMCA and gave her tips, when she replied with a “Why”.

Recently streamers are getting banned very easily on Twitch streams, due to several reasons. Making some users along with viewers very annoyed as some of the actions for the bans are very simple or easy to forget about. We hope Viperous’s ban from Twitch gets lifted soon and she can get back to her streaming sessions that are enjoyed by around 50,000 followers.

Read more: Roblox getting sued for illegal use of music