VALORANT has been plagued with toxicity since launch. While toxic behavior in text chats seems to be simple to deal with, detecting toxicity in voice chat proves to be a much more complex issue.

Toxicity is a severe problem in competitive games. Esports titles such as VALORANT tend to attract overly competitive players with attitude issues. As the environment of the community deteriorates over time, the casual players lose interest in the game. Thus, resolving the issue becomes a top priority. However, dealing with toxic behavior over voice chat ends up being challenging.

In a recently published article, Riot updated their terms of service and added the permission to record voice chats when a report for disruptive behavior is submitted. Through this, Riot intends to evaluate the voice communications to decide whether or not it contains any type of harassment. It also goes on to promise the privacy of the voice log.

In the article, it is mentioned that the absolute minimum amount of data shall be collected. Once collected, the data shall only be kept as long as necessary. The game comms shall not be monitored actively, rather, it will only be reviewed once a report for disruptive voice behavior is reported. If this causes discomfort, players can turn off voice chat to prevent it from being recorded. The evaluation process has also been promised to be transparent.

This system will be in beta testing in North America before being introduced to other regions. While this system seems to have the players best interests in mind, the privacy issues may be a problem for many players. However, if implemented properly this shall be a huge step in the right direction for Riot. 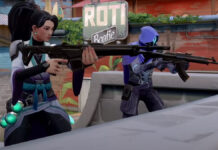