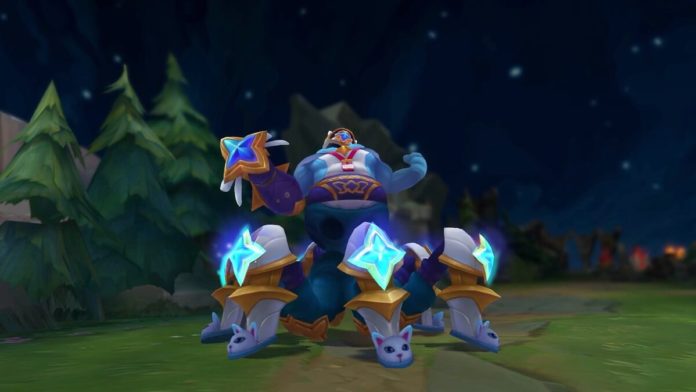 Fans have been demanding for a Guardian Urgot skin for years. And finally, Riot has decided to give him his well deserved Guardian skin with the new Pajama Guardian Cosplay skin.

Riot has just announced the Pajama Guardian Cosplay Urgot skin which will be accompanied by Pengu Cosplay Tristana and Furyhorn Cosplay Veigar. These three skins are about to go live in-store on April Fools’ Day.

Fans have been demanding for a Star Guardian Urgot skin for years now and it literally became a meme in the League of Legends community. And now Riot has put an end to that meme by revealing the new Urgot skin.

In the new skin, his Q changes into a kitty. And from the trailer, it seems like whenever he executes someone with his R, he turns them into some sort of magical creature. He wears a kitty mask and not to mention he also has kitty slippers in his six legs.