Ubisoft to focus on free to play games more than it has on AAA single player games.

Ubisoft is famous for its legendary franchises such as Assassin’s Creed, Far Cry, Splinter Cell, Rainbow Six, and much more. Hence, over the years the company grew to be one of the most well-known and largest video game developers and publishers all over the world.

Things in the company have changed over the years. As in a recent earnings call, it has been reported that Ubisoft will focus more on “high-end free-to-play” games than they did in the past. Which basically means games as a service. Hence, be ready to see more free-to-play games with paid DLCs and microtransactions. In fact, they already revealed a free third-person shooter based on The Division. Called The Division Heartland.

This move is not surprising. Considering how free to play games like Apex, Fortnite, Warzone, and Valorant, etc are all the hype nowadays. Likewise, they rake in big buckets of cash. Fortnite raked in about $9million from 2018 to 2019. Like other big gaming companies, Ubisoft is also trying to get ahold of the revenue that rapidly generates from games as a service model.

Although this does not mean that they will completely stop making their signature huge, single-player games. CFO Frederick Duguet has stated that their plan is to  “make sure [high-end free-to-play games are] a strong contributor in the long-term to the expansion of the overall brand…”. Therefore you can still expect your favorite Ubisoft single players titles. But what changes is that you’ll see more free-to-play games based on popular franchises or even new IPs from Ubisoft.

Gaming is changing, more and more players are now hooked on playing free online games, for their challenging, addictive gameplay and the ability to play with friends. In turn, the company’s revenue from these games is increasing. In some cases more than AAA games. 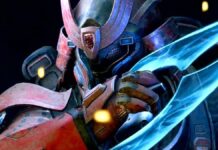