Do you want to know about stuff like legendary weapons in Tiny Tina’s Wonderlands? You will also be blessed with their attributes and locations. Hop on!

Tiny Tina’s Wonderland is quite a mayhem spinoff from the Borderland franchise. From legendary weapons to your daily-used ones, you will find it pretty hard to make a choice out of them. Think about the time you are opening a chest. Those colorful indicators showing you the level of rarity of the item that you are about to acquire. It is always a goosebump to get any legendary items, let it be any kind. If there is a legendary weapon in the chest, we both know what kind of rampage is about to happen in the next few minutes.

Every legendary weapon has a unique name that is never relevant to its real identity. The list I am about to share with you today contains a mixup of different types. Of course, not every piece has to go with your playstyle. You indeed can have a grip on your strategy. Roll on!

Here comes a loudmouth—an SMG of one of its kind. Not only does it comes in a variety of elements, but it also can summon orbs. What can you do with the orbs, you ask? It blends with the weakness of the foe that you are facing. This is what it makes versatile. There is a con, though. The flying fools won’t have that much of a scar with this legendary piece. You might want to time this weapon against the furious foes as well. Other than this, armored bosses and mini-bosses will find it hard to stand before you.

Now about being an heir of legend. First of all, you might want to complete the “Walk the Stalk” quest. After that, fight a battle against the Parasite boss. You can find him in the Tangledrift Region.

What is combat without shotguns? To brutally take down your foe, Reign of Arrows will be the name to be remembered. Though it does not contain fire arrows, this double-barrel shotgun empties its six-shot magazine with a single trigger. You can plan your strategy with this when thinking of clearing a swarm of foes. This bad boy deals with heavy damage in a large radius, which means it fires and clears in a circular zone. Legend says the living materials in the circle are confused even in hell, thinking about what happened with their fate.

You can acquire this legend from the Chaos Chamber. With luck getting stonks, you might even find it from a dropout.

Let’s get into melees. What’s Borderland without some heavily dealt melee things? Pickaxe of Goblin formulates best with every character. There are some extra perks as well. Every time you attack, it will spawn gold. Basically, digging a gold mine, only the “mine” is silent. Now, hold on; this is the first one. After you pick it up, your movement-to-action kill cooldown rate will get stonk by 6% for precisely 5 seconds. It can be stacked five times. This is when you are in a phase of close-range. Land some good hit, spawn gold, get buffed.

You can acquire Goblin’s Pickaxe after defeating Pigwart. You can find this formidable foe in Mount Craw’s Ancient Obelisk.

With a high damage rate and accuracy, Masterwork Handbow is genuinely a work of a master. This thug, however, can carry one bolt in the clip at a time. Feisty, isn’t it? The outcome is rather deadly when a critical hit is landed. A critical hit is known to deal damage more than the base damage. Your ammo will be generously refunded after a successful crit hit with Masterwork Handbow. An extra perk of being a legend. The story isn’t finished here. After a crit hit, it will fire six more bolts in automation towards the enemy that just received the hit. Rest in pieces.

Your best option to acquire Masterwork Handbow is by farming the Shrine pieces of Grindanna. You might get this legend as a drop item from an uncertain foe if lucky enough.

Blue Cake used to go by the name Revenge of the Cartels Yellowcake. Devs suddenly decided to make the name shorter. Well, the stats remained more or less the same. Even though it does not seem blue in color, Blue Cake can fire quite an explosive projectile. After firing, this projectile will split into multiple pieces towards its path. Not to remind, the dealt damage is massive.

The only disadvantage you will get is the accuracy. So, you have to keep a short distance between you and the target. Works just fine against shields; I mean, terribly fine.

You can find Blue Cake after completing the main story at first. However, you might also need Loot Luck. You will be participating in the lucky drop segment in the Chaos Chamber. Lucky enough, the rabbit statue might drop the Blue Cake. Legendary for a reason. 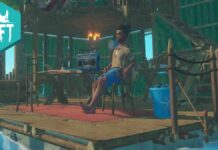