With only November and December month remaining in 2019 there are still 17 AAA game to be published. Star Wars: Jedi Fallen Order, Detroit: Become Human, Escape from Tarkov and few other hyped games are yet to come in 2019.

Age of Empires II: Definitive Edition celebrates the 20th anniversary of one of the most popular strategy games ever with stunning 4K Ultra HD graphics, a new and fully remastered soundtrack, and brand-new content, “The Last Khans” with 3 new campaigns and 4 new civilizations.

A galaxy-spanning adventure awaits in Star Wars Jedi: Fallen Order, a new third-person action-adventure title from Respawn Entertainment. This narratively driven, single-player game puts you in the role of a Jedi Padawan who narrowly escaped the purge of Order 66 following the events of Episode 3: Revenge of the Sith. On a quest to rebuild the Jedi Order, you must pick up the pieces of your shattered past to complete your training, develop new powerful Force abilities and master the art of the iconic lightsaber – all while staying one step ahead of the Empire and its deadly Inquisitors.

On the streets of Tokyo, the war against Ghouls and Investigators rages on with one goal — to survive. Will you be a Ghoul or an Investigator? To eat or be eaten, this is the question… Based off the popular horror manga, TOKYO GHOUL: re CALL to EXIST is the first video game of the franchise to come to the west, uniting the characters from TOKYO GHOUL, TOKYO GHOUL √A and TOKYO GHOUL:re.

Run your football club, your way. Every decision counts in Football Manager 2020 with new features and polished game mechanics rewarding planning and progression like never before, empowering managers to develop and refine both your club’s and your own unique identity.

Walk down the tunnel to a living, breathing football world with you at the very heart of it. Around here, your opinion matters!

Fulfill contracts that offer clear objectives with a fixed monetary reward and options to complete bonus challenges for payouts. With hundreds of ways to take down a wide range of targets, Contracts offers precise, strategic sniping gameplay at its absolute best.

A breathtakingly beautiful world holds the secrets of its past for you and your companion to uncover.

Experience the contrasting stories of the fall of mankind and the lush life in a world reclaimed by nature with a wolf as your main character and a determined companion at your side.

Explore the land, sea, and air, as you possess any creature you come across to experience life from a whole new perspective. Fly through gargantuan canyon valleys as a parrot! Tumble through the grass as a wombat! Swim through shimmering lakes as a fish! Your journey will take you from densely wooded jungles, to lush rainforest canopies, to barren desert plains and archaic temples.

Ultimately, you’ll discover a tale of loyalty, despair, and betrayal, as echoes of the lost Yanrana culture come to life in a lush wilderness devoid of man.

Praey for the Gods is a boss climbing open world adventure game where you play as a lone hero sent to the edge of a dying frozen world to discover the mystery behind a never-ending winter. Arriving with only the clothes on your back, you must survive the colossal dangers that you encounter. To restore balance and reclaim the land from the brink, you will be faced with questions that not even a God knows the answer to.

On his epic journey through 1870s USA and Mexico, John Cooper will have to take responsibility for mistakes that have been made in the past. On his quest for redemption Cooper joins forces with the runaway bride Kate O´Hara, shady Arthur “Doc” McCoy, the giant trapper Hector and a mysterious lady from New Orleans. They make their way from the mountains of Colorado to the heart of Louisiana, then finally to New Mexico, right back into Cooper’s past.

8. THE BATTLE FOR MIDDLE EARTH – REFORGED

A new engine allows the support of up to date technology and compatibility with newer systems, new photo realistic graphics, improved game mechanics and much more!

We are making models about 10 times more detailed than the models from the original old game, yet the game is going to be even more optimized than before due to latest capabilities of making LODs and baking.

Phoenix Point is the new strategy game from the creator of the original X-COM series. It features turn based tactics and world based strategy in a fight against a terrifying, alien menace.

Vampire: The Masquerade – Coteries of New York presents the conflict between two vampiric factions: the traditionalist Camarilla and the fiercely independent Anarchs among the iconic landmarks and night lights of The Big Apple. It’s a unique, atmospheric, single-player narrative experience, set in a rich, fully licensed, globally recognized universe of Vampire: The Masquerade 5th Edition.

Get a job or get revenge!

You live on the streets. What will you do? Adapt and survive? Take revenge on those responsible? Become an urban legend? Get a job and start over? Countless possibilities await!

Apart from your day-to-day survival you can enjoy many unique activities:

Dirty alleys, city streets, pawn shops, central park, subway and rat infested sewers. You can go wherever you want and whenever you like. Enjoy the open, crazy, urban sandbox. There are many secrets to uncover and achievements to unlock. Each location houses interesting characters with personal story lines and quests. There’s no place for boredom in bum’s life!

Starting in the Neolithic era you will have to guide your people through generations, discovering and improving technologies, managing resources and population, facing your human or natural enemies, and ultimately, building the most fantastic city of the antiquity in a fully simulated world and ecosystem.

Detroit 2038. Technology has evolved to a point where human like androids are everywhere. They speak, move and behave like human beings, but they are only machines serving humans.
Play three distinct androids and see a world at the brink of chaos – perhaps our future – through their eyes. Your very decisions will dramatically alter how the game’s intense, branching narrative plays out
.
You will face moral dilemmas and decide who lives or dies. With thousands of choices and dozens of possible endings, how will you affect the future of Detroit and humanity’s destiny?
Minimum Requirements

For the first time ever, the series that changed console gaming forever comes to PC with six blockbuster games in one epic experience, delivered over time and available for individual purchase. Featuring Halo: Reach along with Halo: Combat Evolved Anniversary, Halo 2: Anniversary, Halo 3, the Halo 3: ODST Campaign and Halo 4. Now optimized for PC with mouse and keyboard support, native PC features and up to 4K UHD and HDR, this is the collection Halo fans have been waiting for.

Honoring the iconic hero and his epic story, The Master Chief Collection offers players their own exciting journey through the Halo saga. Starting with the incredible bravery of Noble Six in Halo: Reach and ending with the rise of a new enemy in Halo 4, the games will release in order of the fictional story. When complete, the Master Chief’s saga will total 68 campaign missions from all six games.

Each game released into the collection also adds new multiplayer maps, modes and game types, building a unified multiplayer suite that expands over time. When finished, The Master Chief Collection will have the most diverse and expansive Halo multiplayer experience to date, with more than 140 multiplayer maps (including the original Halo Combat Evolved maps) and Spartan Ops maps. Not to mention, countless ways to play with community created Forge content.

For the latest intel on The Master Chief Collection and all things Halo, visit http://halowaypoint.com 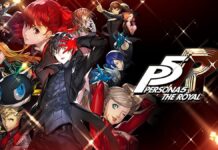 Metacritic Publisher of the Year 2020 announced 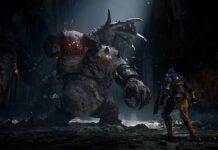 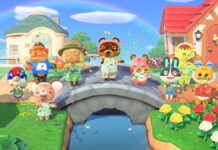 Amazon’s best selling games of 2020 is conquered by Nintendo 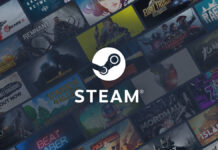 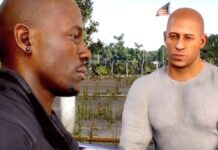 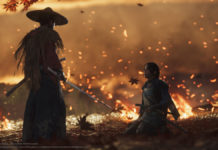 All the games confirmed, releasing this 2020