Destiny 2’s brand new season called “Season of the risen” is getting a lot of traction day by day, and here’s what you need to know all about it.

Destiny 2’s new expansion “The Witch Queen” comes with a brand new season called “season of the risen”. Unsurprisingly, there is a new Battlegrounds this season. It is called PsiOps Battlegrounds, where you can team up with three players to track down light-bearing Hive, sever their link to Savathun, and you have to bring them back to the H.E.L.M.

In order to get the best out of it, you need to repeat the process the whole season. So, players are trying to maximize their time by speedrunning the whole process again and again. Some people are getting better than others through multiple tries. For example, one player called Crew Speedran the process and got 3 PsiOps chests in a single run.

How to get access to the season of the risen and PsiOps Battlegrounds.

In order to get access to the season of the risen and PsiOps Battlegrounds, you need to finish the second campaign mission of The Witch Queen. While doing the mission, you will meet Fynch, and after that, you can freely explore Savathun’s throne world. After that, head to the hangar at the tower to start the Season of the Risen questline.

What Do You Get For Completing The PsiOps Battlegrounds?

You can complete the PsiOps Battlegrounds in the EDZ by progressing through a number of steps in the Operation Elbrus seasonal questline. As the season progress, more battleground locations will appear, and new quest steps will become available.

Read More: How to Get Octopus Head Helmet in Elden Ring? 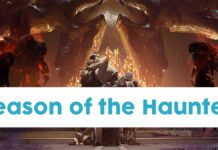 Destiny 2 Season Of The Haunted Guides: All Week Seven Seasonal... 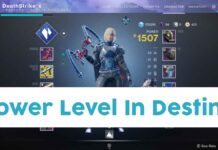 Destiny 2: How To Reach Max Power Level Quickly In Season...