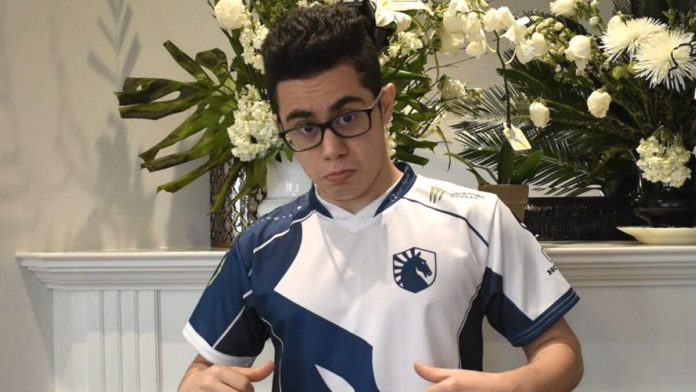 League of Legends streamer Ashkan “TF Blade” Homayouni is known for his challenges to reach Rank 1 on multiple servers. He was rank 1 on Na server and had multiple accounts in the top 10. He reached rank 1 on the EUW server in 18 days, reached rank 1 on EUNE and LAN server.

And this time he aims to reach rank 1 on the most competitive server where all the best players in the world go on a war to earn their rank points. But from the last few days, it seems like TF Blade is also enjoying his stay in Korea as he also tweeted he wants to stay in Korea forever. TFBlade’s Korean server op.gg if anyone interested.

But the former world champion TheShy have a different opinion on TFBlade reaching rank 1 as he talked about TFBlade on his stream yesterday.

Translated by LS himself TheShy said,

His screen control (he’s referring to f key/mouse clicking/etc) made me really bothered.

Ah don’t talk to me (speaking to twitch chat). He looks really good in mad-movie (youtube highlights), so it’s really uncomfortable to watch his stream (as in it’s not the same).

I can’t see what enemies are ever doing(as in TheShy feels like TFBlade doesn’t have enough nor seeks enough information around him to make proper decisions for what he’s going to do), ahhh.

TheShy thinks it’s uncomfortable to watch his stream as he thinks TFBlade looks good in the Youtube montages and his actual play is not the same. Although TheShy didn’t answer anything if TFBlade is going to reach rank 1 or not, he surely not satisfied with TFBlade’s performance so far.

Bwipo also talked about TFBlade on reaching Rank 1. And he said he would be surprised if TFBlade gets higher than masters in KR soloq. To defend his opinion he said TFBlade will face a huge wall of cheesers in Korean soloq and if he doesn’t respect jungle 24/7 and play well he will just lose.

He also said that he thinks TFBlade is really good mechanically but buying Tiamat on every champion and 24/7 pushing isn’t a really good strategy against really good players.