There might never be a crossplay in Rainbow Six Siege

Rainbow Six Siege is currently one of the most respected class-based tactical shooters right now. Recently in a tweet, they just confirmed that the game might never see a crossplay available at all.

Rainbow Six shares a healthy and dedicated player base in all the major platforms. This game is especially successful in the PC. While many players wanted a crossplay feature between all the major consoles and PC. But it seems like Ubisoft doesn’t have any plans like that in their pipeline.

Read More: Apex Legends helped an addict in recovering from heroin and meth

In a tweet made by the conveniently named AskingR6ForCrossProgression asked R6’s official twitter account if there is any change that they might get an official crossplay from Ubisoft themselves. But in the return tweet, Ubisoft claimed that they are not planning on adding crossplay at the moment.

There are a lot of debates about crossplay right now. Some players think that crossplay will let them play with their friends on another platform seamlessly. While other gamers think that controllers and PC players in the same lobby would be a really bad idea for the siege.

Read More: After Ninja Pokimane is receiving her own emote in Fortnite

Many argued that maybe not crossplay but cross-save across all the platform will be a great idea for gamers who want to maybe switch platforms but don’t want to lose all of their progression. Most gamers think that cross-save may be a better approach to the problem. 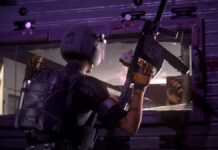