Learn more about being the best team manager to compose the best build in Mario Strikers: Battle League.

In Mario Strikers: Battle League, Devs put together only 10 playable characters on the field. Quit strange fact is that some of their stats are imbalanced to that point where you will doubt if their genetic stats are imbalanced or not. So, that is why team composition for this league is a bit complicated. As there are players that lack speed, they will fill that gap with shooting, passing, or technique. But as I have said before, stats are a bit irregular to gamble with.

So, the compositions we will be talking about today can be quite obvious. There can be compositions that you will want to play with for the rest of your life. There can also be a composition you might never want to check out. Well, no hatred for the players, hate the stats; that should be the motto. Let’s see what kind of team build in Mario Strikers I have here for you today without further ado.

Rosalina and Peach are complementary to each other. Where Peach lacks, Rosalina fills. With that in mind, arrange your front with Rosalina and Peach. Keep in mind that Rosalina is to finish the attack as her shooting and technique are higher than average. At the same time, Peach can support her from the sides with her tremendous speed and passing skills.

Toad can handle the mid. Even though he lacks the strength to tackle and charge, he is the best fit to control the mid. With his speed and passing skills, he can go on with 1-1 like forever with the attackers. Just keep space with the opponents and do not try to protect the ball. Other than that, the mid is solid.

Donkey Kong stands in the last line of defense. His brutal strength makes him the perfect defender that can take control of the mid whenever he wants. This team combination can go tiki-taka all day with the high passing skill.

On the front line, Rosalina comes with the strength to march forward and finish with a finesse shot. Wario got her back with a staggering strength of 17. Even though his techniques are a bit off the chart, his shooting skill covers that up. Wario lacks in speed, but after passing the ball to Rosalina, little he needs to think about the outcome.

Donkey Kong and Bowser are at the gate. Even with low speed, both can knock down the opponent attackers. They can even pass the ball between them all day to tease the opponent. And with Wario in the defensive mid, you do not even have to look back for your defense. Your only job should be to pass the ball to Rosalina somehow. Overall, this formation should look like 2-1-1.

Run Forrest, run! You don’t need strength; you only should focus on running in this build. Go the ball? Run. Lost the ball? Ah, run??

Being on the frontline, Peach only needs to bypass the opponent defenders. With her staggering speed, that should be child’s play. As she lacks her shooting boot, that is the only issue you will face. I am sure you can push that up by adding some gears. On her side, she will have Toad. Toad is there to pass her the ball. However, he can take the chance for himself if he feels like it. Even though he has the same speedy legs as Peach, Toad is two steps ahead with his shooting boots. You can take advantage of that.

You might wonder here, what is DK doing? On the other hand, Waluigi lives up to his name with strength and speed. DK here can hold the fort but cannot run around the defense. All you need is a little boost for him. Clearly, with these stats, you will need to hold your fort with someone with brute force. As Devs couldn’t balance that, you, here, have to take the responsibility to bring balance to this society.

That is all for the team build in Mario Strikers, mates. We can surely see some lack in the stats of the players. I hope the new additions will have new stats to show and new skills to perform. Till then, Adios! 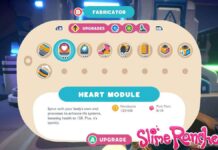 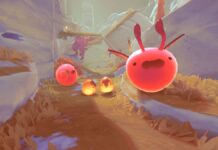