Earlier today at a conference, Tencent has reportedly announced a One Piece fighting game which is set to release on the mobile platform.

The title of the game is Project: Fighter which was a tentative name given to the game. This game has been It was announced at a conference where many other titles were also announced. Also, the game is seemingly releasing only in China and it has not been confirmed yet whether it will be released for other regions as well.

Project: Fighter or One Piece Fighting game is being developed by Tencent’s More Fun Studio and authorized by Bandai Namco. So this game will have authentic One piece characters.

Along with Project Fighter, another turn-based One Punch Man game that follows the original plot was said to be in the works.
Furthermore, they have announced they will publish Digimon: New Century in China as well. It will be an RPG game for mobile and developed by Qixia Interactive in collaboration with Bandai Namco.

The game seems to offer a vivid graphic style and a 3D environment. There are also multiple battle arenas seen like ruins of a castle, on a ship, a dockyard, a forest, etc.

Also, the game features epic cutscenes of the characters when performing special moves and finishers similar to Naruto Ultimate Ninja Storm games but for mobile instead.

Overall, Project Fighter seems to be a promising game and it can be enjoyed by all the One Piece fans at the convenience of a mobile platform. 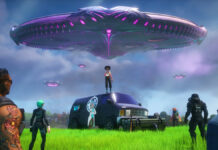