Overwatch Contenders is a major-level tournament series for Pro Players paving the way to the highest tier event, the Overwatch League. There are 5 contender regions: North America, Europe, China, Australia, and Korea. The combined prize pool from all regions for the year is $1,300,000 USD. Today is the European regional finals. The match format is First to 4.

The first map was Lijang Tower where Chaser started off with a dominating performance getting the first point flawlessly. In the second point, Bilibili Gaming made a comeback with them flipping the point at the last moment and clinching it. The last round was just as competitive with them getting up to 99% but Chaser managing to fully capture it and win the map.

The next map was Dorado where Bilibili struggled to get even a single checkpoint which Chaser completed with almost 3 minutes left. In Temple of Anubis, Chaser couldn’t capture the second point but Bilibili led a strong attack which snowballed them into capping the 2nd point with almost 4.5mins left on the clock.

Eichenwalde was the 4th map where Bilibili struggled to push past the first checkpoint which Chaser managed to complete at overtime. With Chaser at match point, the first point in Nepal was closed out flawlessly by Bilibili. But in the latter two points, they were at 99% and 93% respectively but Chaser managed to flip and take both points in the end and secured the series.

Thus Team Chaser, the academy team for Chengdu Hunters are the new champions of Contenders China. 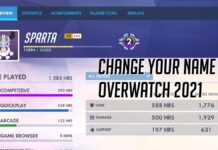 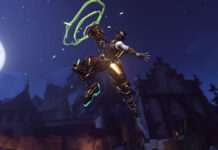