Since the beginning of the Bangladeshi Pro scene in VALORANT, Exceeli Esports has always established itself as one of the top teams in the country.

Exceeli Esports have won multiple national tournaments with the latest being ASUS ROG Battlegrounds and Gigabyte Gaming Contest 2020. Also, their performance in SEA tournaments has been notable as well. Recently, Exceeli esports decided to make some roster shuffles.

Exceelli Esports was formed with the most established CS:GO players of the country with an aim to be the best VALORANT team in the region. The team consisted of “SRVace”, “SSSami”, “Zolo”, “Fancy9” and “Hatecrew”. All the players were exceptionally talented as well as experienced from their previous history with CS:GO.

The team had an excellent start, but due to alleged internal conflicts, their star player and the first Radiant of Bangladesh “SSSami” left the team in October. Stepping in his place was “M1SYL”, a very talented player of his own. With the new squad, Exceeli Esports went on to win more tournaments in the country.

Today, another member of the founding team, “SRVace” has also left the squad. In his place, “ShuvzFreakz” will be joining Exceeli.

In spite of being new to the competitive scene compared to SRVace, ShuvzFreakz is a rising star and the team aims to polish and develop him as a future prospect.

“We are currently looking into ways 5 stacks can play together... 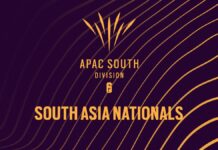 These are the top 4 teams in EU who have qualified... 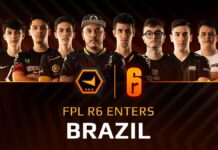 Cloud9 and Elevate finishes on top as APAC North & South...