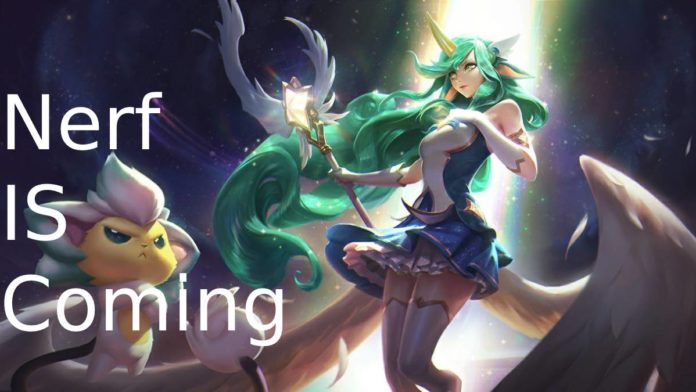 Soraka is currently dominating top lane with more than 56% win rate, and Riot August said that Soraka Top will be nerfed pretty hard in the upcoming patch.

Soraka Top currently has a 56% win rate which maybe be not the highest but with Sona and Sett changes in patch 10.3, Soraka is the only champion that will be unchanged. As you don’t play her to win the lane rather play her to get as much gold as possible, she has become completely obnoxious to play against after level 6.

Soraka Top is not only dominating Solo queue she is also making herself way into the Pro games as G2 won their game with Soraka top.

About Soraka Top Riot August addressed that, It’s cool that characters are going other lanes but having a 56% win rate Soraka Top is GIGA powerful right now!

Riot August did not clear when the nerf is coming but as Mark Yetter already announced patch 10.3 changes, so Soraka Top is most likely getting nerf in patch 10.4.