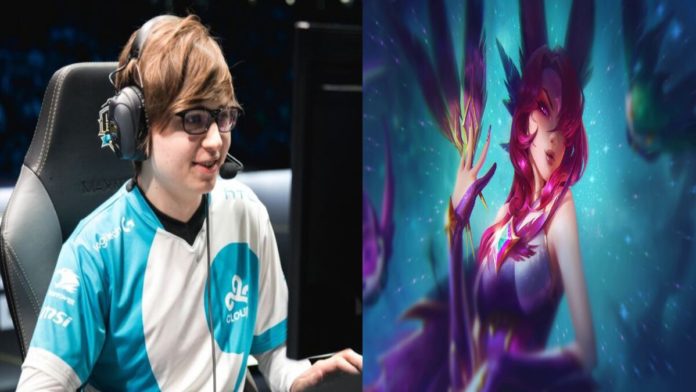 Sneaky recently announced to become a full-time streamer and this month he is back with yet another great looking cosplay. He revealed his cosplay as Star Guardian Xayah on twitter today. And his Star Guardian Xayah cosplay is a perfect match with in-game Xayah’s skin.

Although this is not his first Xayah cosplay. In the 2018 All-Stars event he and Bae “Bang” Jun-sik cosplayed as Xayah and Rakan.

Sneaky has earned his name as one of the best cosplayers among pro gamers. He has done many amazing cosplays in the past and his New Star Guardian Xayah cosplay is insane as well. We can not wait to see what Sneaky is bringing up into his next cosplays.