The cult classic Roblox sued by NMPA for a whopping $200 million, due to its illegal use of copyrighted music.

Roblox is one of the biggest and popular names in gaming. Generating thousands of memes, pop-culture references. Even some classic games within Roblox. All of these have seen generating a lot of bucks in revenue. As well as having a constant player base that loves Roblox.

But it seems Roblox is passing through a bumpy ride. Roblox is being sued by NMPA, National Music Publishers’ Association for illegal use of copyrighted music. The music comes from big artists like Ariana Grande, Ed Sheeran, DeadMau5, Imagine Dragons, etc. Furthermore, NMPA is seeking a sum of $200 million for Roblox’s copyright infringement.

NMPA’s president and CEO David Israelite announced this lawsuit at the trade association’s 2021 annual meeting. There, he stated how Roblox Corporation is using music from different artists in various ways to earn money. But not paying the copyright holders their share. Furthermore, he also stated that Roblox did this by having users pay every time they upload any music. Moreover, he also mentioned how Roblox is exploiting an unaware young generation of gamers about copyright infringement and its consequences.

Hence, the NMPA, on behalf of various artists and music publishers filed a lawsuit that will result in Roblox getting sued. In addition to seeking huge amounts in damages. Some of the publishers are Downtown Music Publishing, Hipgnosis, Kobalt Music Group, Pulse Music Group, etc. Roblox Corporation has not commented on this issue yet.

Finally, the lawsuit suing Roblox will ensure that the singers, artists get their fair monetary compensation, Roblox stops using copyrighted music without a license. Additionally, make the player base aware of licensing and using copyrighted materials. 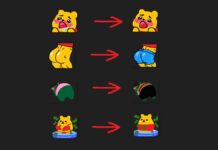 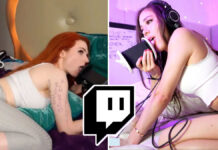