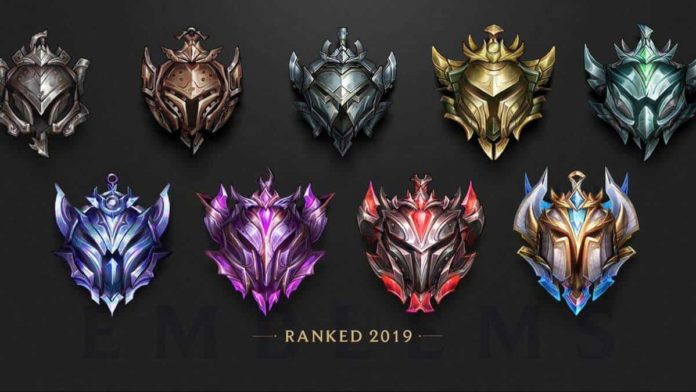 In season 10 a lot of people are complaining that their rank is way lower than their MMR, and Riot confirmes that it is intentional.

Replying to a League of Legends player where he complained, despite going 36-0 he is still plat while his MMR is Diamond 2, And Riot Games Support replied that “The climb takes a lot longer now. This is intentional. We really don’t want players creating alt accounts just to blow through the climb. We encourage players to stay on their mains. Smurfing ruins the game experience for others.”

Smurf has always been a problem to a game that has a rank system in it and League of Legends is no different. Many streamers and players tend to play on a new account to show off their skill to lower rank players. And this is a problem at many levels, a lot of lower rank players can not compete against them and matches become one-sided.

The rank system broke in season 9 when Riot introduced positional rank into the game. Players abused an exploit that allowed players to get into lower-ranked matches by duo-queueing in off-roles but gets rewarded in their main roles. As a result, Riot faced a lot of criticism towards their rank system and they were forced to remove positional rank and reset the rank ladder. And since then Riot has become a lot strict towards their rank system.

The approach that they are taking towards rank where new account starts at low Iron and old accounts also starts a lower than expected after completing their 10 provisional games. It may somehow help them reduce smurfers from the game but this still affects general people where a lot of players are struggling to climb their last season rank back. And it has become a lot harder climbing rank in season 10.

Valve, on the other hand, is taking a different approach to reduce smurfers from Dota2. As they have banned over 40,000 accounts just for abusing the rank system. Banning accounts for smurfing in League of Legends may be a little harsh but their new system should not affect general players climbing rank.