Ubisoft has announced the next big seasonal event for Rainbow Six Siege, which will be titled as ‘MUTE Protocol‘. This brand new limited-time event will be deployed on August 4 for PC, PS4, and Xbox One.

Ubisoft is taking Rainbow Six Siege to the future, with the addition of a sci-fi themed Tower Map and a new movement mechanic, which will introduce a whole new world of unique gameplays.

In MUTE Protocol, Mute has taken over the Tower and has sinister plans in store, so the Attacking team must attempt to reclaim control while the Defenders mobilize to secure their position. All Operators will be able to use the new movement mechanic, which digitizes their bodies whenever they use observation tools. Attackers will travel via drone and spawn wherever their drone is when they exit the drone view, while Defenders can travel through the camera network.

This new limited-time event will also bring new cosmetic items for purchase through alpha packs. From the attacking side Jackal, Lion, and Ying and Defenders Kapkan, Mira, Mute, Oryx, and Vigil will be treated with the new robotic-themed outfits.

You’ll be able to earn a free MUTE Protocol Collection pack by completing a special Event Challenge, and packs will be available for purchase from the in-game shop with Renown or R6 Credits. Individual Operator outfits will also be available in bundles for R6 credits.

However, some operators will not be playable in the MUTE Protocol event due to “gameplay reasons”, but Ubisoft didn’t specify the exact reasons. But we can infer that this game mode will be broken or just won’t be fun when your drone gets taken by Mozzie or Mute-jammed.

The MUTE Protocol event will kick off today and will last for two weeks, ending on August 17th.

Read More: Everything you need to know about the APAC Six August 2020 Major 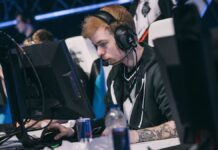