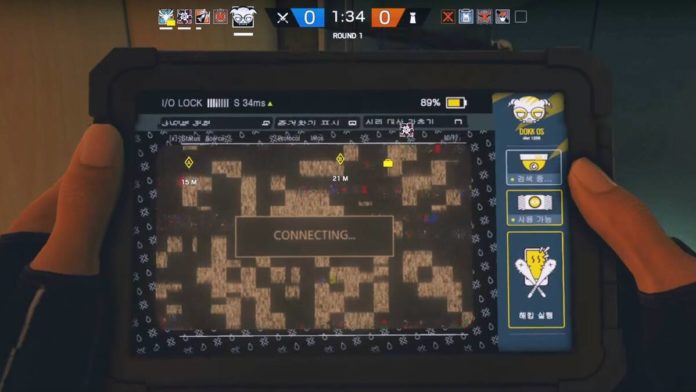 Ubisoft’s flagship FPS title Rainbow Six Siege is getting more popular each month with almost over 55 million players registered. However, with this huge popularity comes cheaters and hackers trying to abuse the game in favor of money.

But the devs are trying their best to mitigate this problem by implementing some necessary steps to deal with hacking, cheating, and lobby freezing issues plaguing Rainbow Six Siege.

From implementing new offline bans, kicking lobby freezers, increasing requirements for ranked, and many more upcoming changes will aid in reducing the number of cheaters in-game. Check out what the devs had to say below.

Lobby-Freezing: Lobby-freezing occurs while in menu or while loading into a round, and no connectivity icons will appear.

Update: After our April Top Issues blog, we made an update to the game that would allow us to gather more data to accurately track and identify lobby-freezers. We were able to successfully use that data to implement an auto-kick feature for individuals identified as holding up games through extreme loading times. Kicked players will receive an abandon sanction and be locked out of ranked/unranked until the match is over. We have been monitoring the automatic kicks for some time now on the live servers and have observed high success rates of detecting and only kicking players who are holding up lobbies to the detriment of the other players in the game. We are continuing to gather data on console lobby-freezing before we finalize plans to activate the lobby-freeze autokick detection on console as well.

DOS: DOS attacks can be distinguished from lobby-freezing as they typically occur during gameplay and the connectivity icons will appear.

Update: We have also observed some unusual network traffic and activity for Console players and suspect that some cases of lobby-freezing on Console may be tied to DOS attacks. We are currently pursuing this and investigating the issue and will update when we learn more.

Update: In our last update, we re-emphasized that we do not tolerate cheating in-game and were preparing a number of short and long term strategies to address the cheating frustrations. While we are aware this is still an ongoing issue, we believe these upcoming changes will help to mitigate some of the frustrations as we work internally on more robust long-term solutions.