After a few delays, Ubisoft has officially announced that Tom Clancy’s Rainbow Six Extraction is arriving on January 20, 2022.

Today, Ubisoft also confirmed that this upcoming spinoff to Rainbow Six Siege will include a lower price tag of $39.99 USD for the standard edition, showing that they do listen to the community sometimes.

Additionally, Rainbow Six Extraction will now include a new ‘Buddy Pass’ feature, which means every player purchasing the game will get to invite two of their friends to play for free for up to 14 days. And like a free weekend system, the progression of those invited players will continue when they buy the game.

Ubisoft has also revealed that the game is set to receive free post-launch content, most likely a special event of some sort. And if you play both Siege and Extraction, you will receive some unique cosmetic bundles for free.

A few months ago, Ubisoft confirmed that Rainbow Six Extraction will feature cross-play across all platforms, so PC Siege players will be able to enjoy this title with their friends on other platforms. 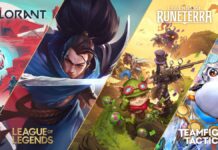