The new Y6S1.2 Patch dropped on the Test Server earlier today. While the update might seem smaller than usual, it still includes some crucial bug fixes, such as a “Defender exploit preventing match cancellations”.

With Crimson Heist, Ubisoft made some changes to the match-cancellation system, and apparently, some players were abusing this system. The match-cancellation system allows teams to cancel Ranked matches when there is an unbalanced team due to a player leaving the match. The vote to cancel a match has to done within round 1. And the defenders are abusing this by quickly ending the first round, enabling the match to continue with an unbalanced Attacking side.

However, with Patch Y6S1.2, the devs have fixed this issue, alongside other bugs. Check out the full list of changes down below (via Reddit):

Additionally, Ubisoft is holding a 48-hour renown boost event for PlayStation players only due to the recent outages. The event will give PS4 & PS5 players a 50% renown boost, and it’ll run from April 10th to April 12th 12 PM UTC. 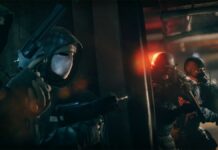 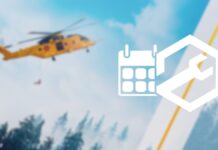