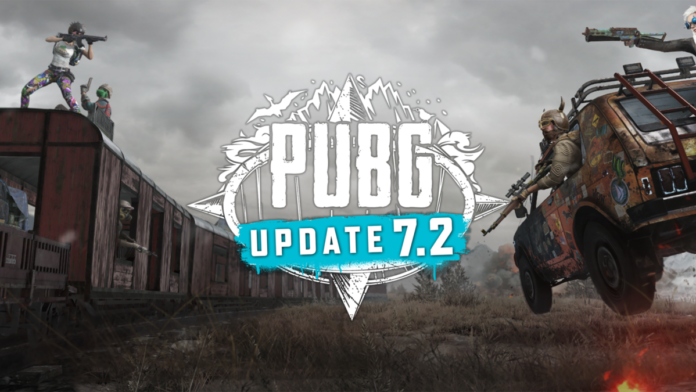 The new update 7.2 is now live in PUBG PC, which brings the long-awaited Ranked mode, many weapon balance changes, new Bots in normal matches, and many more.

Unfortunately, the new planned Gas Can improvements has not been implemented with this update due to a usability issue. Therefore, it has been postponed to a later date.

Update 7.2 brings with it weapon balance changes, new ways to play with fire, and the long-awaited Ranked Mode. With Ranked Mode, PUBG players can finally test their skills against the best players in the world, rising (and falling) through the ranks for great rewards and of course bragging rights.

Also in this update is this season’s balance pass, which makes shotguns a little more reliable, lowers the power variance between some ARs, and brings some quality of life improvements to vests.

This update also brings Bots to PC servers, which we know has been a controversial topic among the Community the last few weeks. Rest assured, we plan on making improvements to how bots currently work, and most importantly, bots will NOT be in Ranked Mode games. To learn more about our intentions with Bots, you can check out this link.

Ranked will use a variation of the SUPER settings/loot that PUBG Esports uses, which focus on 64 player squad oriented play. Ranked settings mean more loot in your hands faster, a more competition-focused bluezone, and by very popular demand, NO Redzone. Ranked Mode will use the same maps used in the pro circuit: Erangel, Miramar, and Sanhok, which will be chosen randomly each match. Finally, there will be no bots in Ranked Mode.

PUBG update 7.2 is now here on live PC servers, so try out the new changes by yourself.