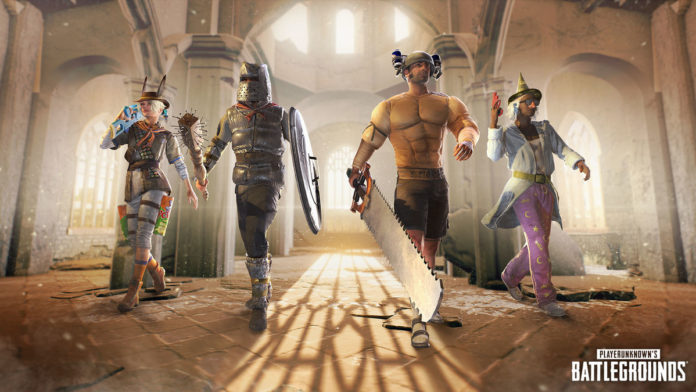 PlayerUnknown’s Battlegrounds is getting the new Fantasy Battle Royale, a new limited-time event, which will be running until April 7th.

Fantasy Battle Royale is an optional event mode that lets you choose from one of four D&D-like fantasy classes: wizards, barbarians, paladins, and rangers. The game mode will feature a new crafting system, and the loots will consist mainly of crafting components used to improve the items you begin with.

PUBG devs made clear that they didn’t spend all their development resources for this new game mode. The developers assured that they are still focusing on fixing current issues remaining in the game.

ALSO SEE: PUBG will Finally Enable Crossplay on Consoles with the new Update

“We understand that times are difficult right now due to the impact of COVID-19 around the world and that some companies have chosen to forego April Fools activities this year. In a time when people are keeping themselves safe and indoors, we believe that video games offer a diversion from solitude and a way to be social while still staying safely apart. For these reasons, we’ve chosen to go forward with our planned event in hopes that it offers a little bit of lighthearted fun during this necessary isolation,” explained PUBG team in a post.

How to Play: Fantasy Battle Royale

So drop down into Erangel and try out the new Fantasy mode yourself. PlayerUnknown’s Battlegrounds is now available on PC, PS4, Xbox One, and mobile devices.

ALSO SEE: Shroud just announced that he is going pro in VALORANT

Twitch Streamer Accidentally Purges All 6.3k of his Followers Trying to Get Rid of Bots