The PlayStation website accidentally leaked the upcoming PS Plus Games for August 2021.

August is coming soon, and during these last days of the current month, we are revealed new freebies from both PS Plus and Xbox Live Gold. PlayStation has supposedly revealed their additions a bit early than usual.

Although they removed it soon after, swift hands managed to take screenshots and archive the link of the PS Plus games coming August 2021 leaks. The sightings of this leak were first posted in a public forum in NeoGaf

Furthermore, the games for next month are kind of disappointing compared to the last few PS Plus games. July had Plague Tale, COD: Black Ops 4. Moreover, June had Virtua Fighter 5 and Star Wars: Squadron. Most gamers will probably overlook the free games arriving in August. Apart from dedicated fans.

The PS Plus games leaked and coming for August 2021 are:

Plant vs Zombies: Battle for NeighborVille is a fun casual game meant to be played with family and friends for a relaxing experience.

Most people will ignore Tennis World Tour 2, but for enthusiasts, this is a great free pick.

On the other hand, Hunter’s Arena: Legends is the best among the three. The game combines MMORPG and MOBA elements to produce a unique gameplay theme. The game consists of various PVP and PVE elements. Including a game mode that consists of both PVP and PVE. Pick among various heroes with unique abilities to master and use in teamwork. Lastly, the game has extremely great graphics that go well with its different locations.

Tales of Arise: How To Obtain Mystic Crest Accessory

Tales of Arise: How to Find Astral Crystal Grain 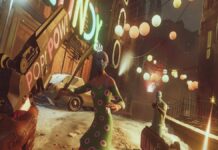 Deathloop: How to Find and Assassinate Harriet