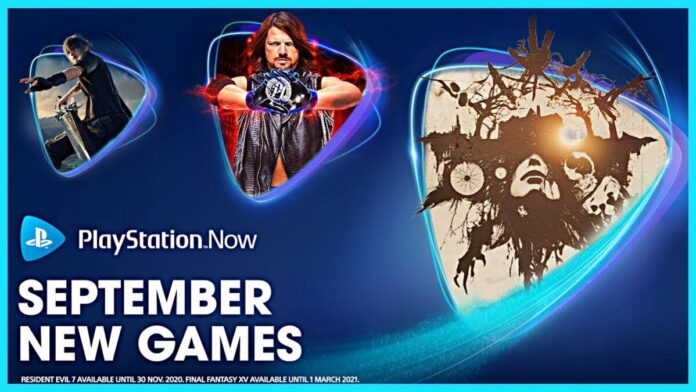 PS Now lineup for September has a bunch of great games.

PlayStation’s subscription system, the PS Now has added more games for September. Two of which are Final Fantasy XV and Resident Evil 7. Hence, both Xbox Gamepass and PS Now will offer Resident Evil 7 in their September lineup.

Furthermore, Resident Evil 7 will only remain till November, while FFXV is staying till March 2021. The other two games are Observation and WWE2k19, the expiration for those are not known yet.

Although, Xbox is leading the subscription competition with its Gamepass. Sony has been recently picking up the pace, by adding numerous titles like, GreedFall, Hitman 2, Persona; in addition to, allowing some games to be downloaded rather than stream only.

Still, a long way to go to catch up to the superior Gamepass, Sony did promise that PS Now will be an integral part of the PlayStation ecosystem. By the looks of it, it will soon be a staple among the Playstation users.

At least, it is not hitting rock bottom like the Stadia.

TSM is the Winner of ALGS 2023 Split 1 Playoffs London