On that tweet, it was mentioned that 2020 is the year when Overwatch 2 will be released for PS4. So, after the next Blizzcon is when the game might be released. It also mentioned that they got some hot information from the Devs of the game. This tweet was made in Portuguese. The tweet is now deleted and you cannot view this tweet on their twitter any longer.

After it got leaked it had a missed reaction among Overwatch fans. Some fans are now saying that it is releasing a bit too earlier than expected. Fans are really worried about the state of the game. Especially they are worried if Blizzard is rushing the game out of the window or not. Most players didn’t expect the sequel to come out in 2020.

Overwatch players are excited but at the same time, some concerned their fears on Reddit and other social media platforms. Some are saying that Overwatch shouldn’t be a sequel they should constantly just update the game. On the other hand, some fans are saying it was getting a little bit stagnated and new changes are needed to breath new life into this game.

How Blizzard is gonna make some meaningful change to the sequel is yet to be seen. With this leak, overwatch fans are looking towards 2020 with some skeptical optimism. 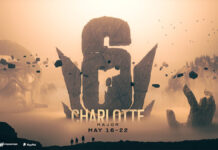