Dirt 5 has joined the expanding list of games that will offer free transitions to next-gen.

DeepSilver has announced that buyers of Dirt 5 on the PS4 will receive a free upgrade when they inevitably move over to the PS5. Even though Sony, has not made free upgrades a feature for their PS5; unlike, Microsoft with Xbox Series X. Quite a few games are yet going to get free transitions to next-gen consoles. Xbox Series X with their Smart Delivery is still ahead with the number of games, though.

Developed by Codemasters, the 5th installment of the Dirt series will be a sequel to Dirt 3 and not 4. The reason is simple. Dirt 4 was not as good and felt shallow compared to earlier titles; hence, fans demanded that the 5th entry be a sequel to the third.

Furthermore, Robert Karp, development director for Codemasters, stated, “The trailer gives players an insight into the world of DiRT 5 and the breadth of content and features that await them. But we still have a few things under wraps including a feature never seen before in the DiRT series.”

He added, “If racing fans want some of the roughest terrain, extreme weather, and thrills at every corner, then DiRT 5 delivers all of this and more.”

So you can be sure the game will have some unique, game-changing features. Maybe an all-out 100 player online mode, with crossplay.

Dirt 5 is coming to Xbox One, PlayStation 4, and PC on October 9th, 2020. Additionally, the game is coming to Google Stadia in early 2021. So fans, don’t forget to grab this gem and get a free one for your next-gen choice of consoles. 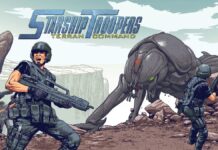