The Overwatch community has been asking for a Cross-play feature for quite a while now. Today Aaron Keller, the current Game Director of Overwatch has finally confirmed the new Cross-Play feature.

Overwatch has a huge player base spanning multiple platforms. One might stumble across a friend who they want to play with, but own the game on a different platform. With the upcoming Cross-play feature, Pc, Playstation 4, Xbox One, and Nintendo Switch players can now enjoy the game together. All console players just need a Battle.net account to get started with cross-play.

Game Director Aaron Keller said in the dev update “Overwatch has been all about bringing players and communities together.” “We have players from all over the world from all walks of life, playing across all of our platforms. but they’re not always able to play with each other. This is why we’re excited to announce that Cross-play will be coming to overwatch.”

“You will be able to play with your friends across all of our platforms. PC, Xbox, PlayStation, and Nintendo switch. And to celebrate the launch of cross-play, we are giving everyone a Golden Loot box when the feature becomes available.”

But he also stated that Cross progression will not be available at the start. You can read the official FAQs about Cross-play HERE.

With the long-awaited feature here, people from all supported platforms who own a copy of Overwatch can finally play together.

Team Chaser Defeat Bilibili Gaming 4-1 and are the Overwatch Contenders...

British Hurricane Defeat Falcons Esports EU 4-3 and are the Overwatch... 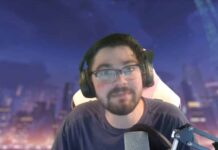 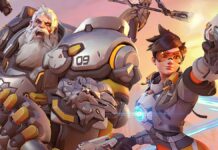