Overwatch 2’s PvP to be revealed on May 20th

The new director Aaron Keller has announced that Overwatch 2’s PvP will be revealed next week.

Overwatch 2’s reveal met with lots of hype and excitement. Especially since the original game seemed to not feel the same as its glory days. But soon after news about Overwatch 2 died down. After almost 2 years since the announcement, we will finally see how Overwatch 2 PvP mode is like.

In Aaron Keller’s first developer update, ever since Jeff Kaplan passed on the reins. He mentioned Overwatch’s 2 PvP gameplay will be revealed in the coming week, by Blizzard. Furthermore, it will be shown on a live stream on the 20th of May.

Keller, lead designer Geoff Goodman, art director Dion Rogers, and other members of the development team will demonstrate and discuss the new gameplay, maps, and the changes made to Overwatch 2.

Moreover, all of us should keep expectations to a minimum as the gameplay will be from a work in progress. And the future product will differ greatly.

In fact director Keller said, “Just to set expectations, everything that we’ll be showing is under development and still a work in progress.” He added, “And we will be talking more about Overwatch 2’s PvP later in the year, so there’s still more to come.”

Developers will also be taking part in a Reddit AMA to talk about Overwatch’s history and its future. Finally, fans will get to see and hear more about Overwatch 2. Although the game is still far away from release, can the sequel hold up to the standard of the original game? The gameplay and polish that led the game to win Game of the Year? We can only wait and see.

Other than the PvP, Overwatch 2 will be featuring a PvE story mode. We used to dig through comics and animated shorts to learn more about the rich lore and world of the game. But now we will get to play through the rise and fall of the Overwatch universe and all of its great characters.

Overwatch 2 PvP will be showcased on May 20th. Additionally, the game is releasing for PlayStation 4, Xbox One, PC, and Switch. 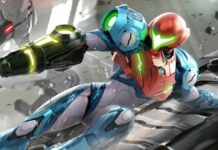 God of War is Finally Coming to PC in January of...

How to unlock all playable characters in Demon Slayer: Kimetsu no...

Back 4 Blood: How To Play Jim

Bugs Set to be Fixed in the Upcoming Fortnite 18.30 Update