Overwatch 2 has a total of 35 heroes in this season 1. So it can be overwhelming for a new player to choose what to play. Here are the five best beginner-friendly heroes you can play in the game.

Overwatch 2 is the next step for the Overwatch game. At its core, it is a big update for Overwatch. There are some very significant changes from the original game. The main difference is the 5v5 gameplay instead of its original 6v6.

Because of the two-player reduction per match, the game is a lot faster. Now you can play one tank, two damage, and two supports. So the tanks have seen some buffs to fit into this new system. Some tanks, like Orisa, have been completely changed to fit into the game.

For a beginner, it can be hard to find a hero that is suitable for them. Overwatch 2 has a lot of heroes, some with guns and others with melee. Every hero functions differently and plays a different role in the game. Here are five relatively easy-to-play heroes but some of the best in terms of power in the game.

Read More: Overwatch 2: How to set up SMS Protection

To choose the best hero for a beginner, we will let you know the relatively easy-to-pick-up heroes that will greatly impact the game. There is some S-tier hero that has a massive learning curve. So we will be ignoring those. Also, we don’t have any particular order for the heroes. With that in mind, let us go on with the list.

Sigma is a Tank in Overwatch 2. He is a shield tank that can use the shield to block incoming damage. He also has some other damage mitigation abilities. On top of that, he can deal some serious damage himself. With a bit of practice, you can do very well with Sigma in Overwatch 2. So he is apparently a good choice for anyone starting the game.

Here are all the Abilities Sigma has in Overwatch 2:

Moira is a healer in Overwatch 2. She has a good balance of healing and damage for support. All of her abilities have a healing mode and a damage mode. You can choose when to heal and when to deal damage. Her fade is also good for getting out of a bad situation. So, she is an all-around good hero for anyone who is playing the game.

Here are all the Moira Abilities in Overwatch 2:

Players who want to be dedicated healers can play Mercy. She doesn’t have much, if any, damage. For most matches, you won’t even use your blaster. Mercy has one of the highest healing in the game. If you are playing her positioning, knowing when to heal and when to damage-boost is the key. Overall she is a fun character who is easy to pick up and play.

Here are all the Mercy Abilities in Overwatch 2:

Reinhardt is the main Shield tank for Overwatch 2. If you want to play him, you must learn how to play around his shield. His shield is an ability for protecting your teammate as well as an ability for you to push toward the enemy so that you can hit them with your hammer. Having a good healer is necessary when you can play him. But he can be very fun to play with a lot of outplay potential.

Here are all the Reinhardt Abilities in Overwatch 2:

Soldier 76 is one of the easiest damage dealers to start with in Overwatch 2. His abilities are very basic but powerful. His weapon fires a button with a relatively simple pattern. If you have prior experience with FPS games, you will feel at home with him. So this is a good choice for new players to start the game with.

Here are all the Soldier 76 Abilities in Overwatch 2:

Want to know more about Overwatch 2? Check out our guide on all the game modes,  how to unlock Kiriko, how to report players, and much more! 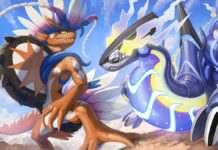 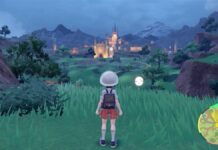