After announcing that CS:GO Prime Matchmaking would have to be purchased separately for the F2P players, the player counts have seen a huge dip.

The game went completely free to play over two years ago and since then there has been a massive surge of new players. But on the flip side of that coin, this gave rise to a large number of cheaters entering into the Free-to-play game. To combat this, Valve has decided to charge a $15 Prime subscription to players to be able to play comp.

CS:GO was released in 2012 and was a purchasable game in the steam store. After a golden era, CS:GO started to whittle down half a decade after its release. It was facing decreasing popularity after the release of newer titles in that time like Overwatch, Fortnite, Apex, etc. To combat this, CS:GO decided to go fully free-to-play two years ago and that gave rise to the player base once again.

Valve decided to separate these F2P players from the players who owned the game previously by granting the latter Prime status and had a separate matchmaking queue for them. This was done to separate the higher likelihood of there being a cheater among the F2P players.

But the situation worsened and last month Valve announced that for the F2P players, Prime status would have to be purchased separately from the Steam store in order to be able to play competitive. This lead to a dip in the number of competitive players last month.

From Steamcharts, we can see that after Prime status went play to play, the player count for that month plummeted by 110k. This is the biggest change the game has seen since April of 2020.

We believe this was a welcomed change to the game as we always prefer quality over quantity. Cheaters are one of the worst things in competitive gaming and hopefully, this change will curb the cheaters at least to some extent. 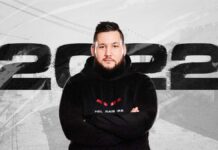