Nioh and Nioh 2 getting remastered for PlayStation 5 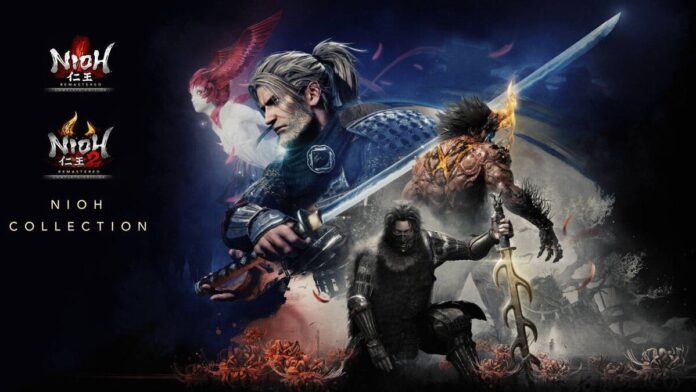 Team Ninja has announced the PlayStation 5 and remasters of both Nioh and Nioh 2, along with Nioh 2 DLC.

Nioh, Team Ninja’s refreshing souls-like game got its sequel released back in March, with Nioh 2. Furthermore, the game has gotten 2 DLCs, with the 3rd one, The First Samurai coming on December 17.

The third and final DLC will follow unexplored storylines such as the origins of the first samurai and much more.

Apart from the separate DLCs, a Nioh 2 Complete Edition will also be coming to the PS4 which consists of the game and all its DLCs. As announced in a PlayStation Blog, the series will be having several new releases, that will allow next-gen owners or potential buyers a comfortable play experience.

PlayStation 5 owners will be able to purchase both the Nioh and Nioh 2 remastered complete editions separately. Additionally, they can get The Nioh Collection, which will contain every game and DLCs.

Both remastered Niohs will be supporting 4k and 120 FPS. Hence, giving gamers that true crisp next-gen feel. In addition to next-gen PlayStation, Nioh 2 will also be coming to PC.

Moreover, there is good news for existing PS4 owners of Nioh who will be transitioning to PlayStation 5. Players who will own Nioh 2 and any of its DLCs on the PS4, can freely upgrade to Nioh 2 Remastered for the PlayStation 5, including all the owned DLCs. On the other hand, if you purchase the Complete Edition of the Nioh Sequel, that too will be eligible for a free remastered upgrade.

All of these games will be releasing simultaneously, on February 5, 2021. Pre-orders of the games start from November 20. Therefore, don’t miss out on this gritty samurai adventure, on the power of next-gen. Especially for the hardcore, SoulsBorne fans.

Read more: Sony and Travis Scott team up for the PS5