Nintendo Switch is releasing a brand new OLED Model, which will feature a 7-inch OLED Screen, adjustable stand, and more.

There were plenty of rumors surrounding Nintendo Switch getting an OLED Screen upgrade with 4K functionality. Today, Nintendo has announced the brand new OLED Model of their Nintendo Switch. However, unlike the rumors suggested, it will not be supporting 4K visuals.

Now, let’s dive deeper into what the console does have to offer. Nintendo has described their latest version of the Nintendo Switch console to have a vibrant 7-inch OLED screen that will provide crisp contrast and vivid colors.

Moreover, the latest version of the Switch console will now come with an adjustable stand. This will allow players to position their screens in a Tabletop mode. Furthermore, multiple adjustment options will be available for players’ convenience and preference.

In addition to having an impressive screen and adjustment abilities, the OLED model will also feature a built-in LAN port for internet connectivity. This means that players will be able to directly connect their internet to the system when gaming on TV instead of relying on a weak WiFi connection.

How to find Power Bomb Tank in Metroid Dread? All Power...

All games releasing in October 2021 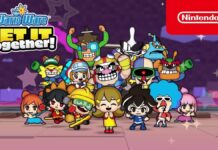 WarioWare: How To Earn Coins 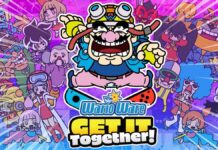 WarioWare: How To Play All The Micro Games 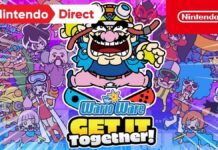