Ninja Got Banned from Apex Legends 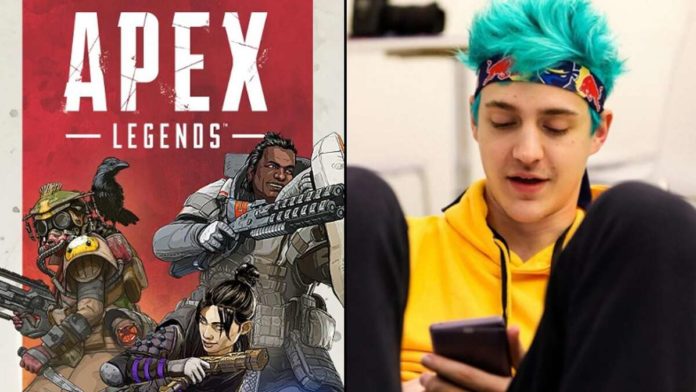 After Promoting Apex Legends for 1million Ninja stepped away from Apex as he wanted to focus on Fortnite more. And after a long time, he and his Fortnite duo Malachi (Reverse2k) wanted to play Apex Legends. So, Ninja updated the game and wanted to play Duo queue. But he realized that Duo is not available anymore and he tried to enter a normal game. On the loading screen, he noticed that he is banned from Apex Legends.

Ninja is one of the most popular streamers in the world and played Apex quite a lot when Apex first came out. But Ninja didn’t clear anything in his stream why he is banned from Apex. So, how Ninja got banned is not yet officially confirmed.

There can be a lot of assumptions that Ninja might have got banned for stream sniping, closet cheating, teaming up or his account got hacked.

Ninja recently gave the award for Best Multiplayer Game 2019 to Apex Legends. Apex Legends Devs might lookup in this situation and update if they find out anything.

Apex Legends twitter account finally replied to Ninja. It is still unclear why he was banned in the first place. We will update you with any further development.

Apex Legends Players are Frustrated With the Poor Matchmaking in Pubs,...

Girl Travels From Italy to India Just to Meet Her Love...