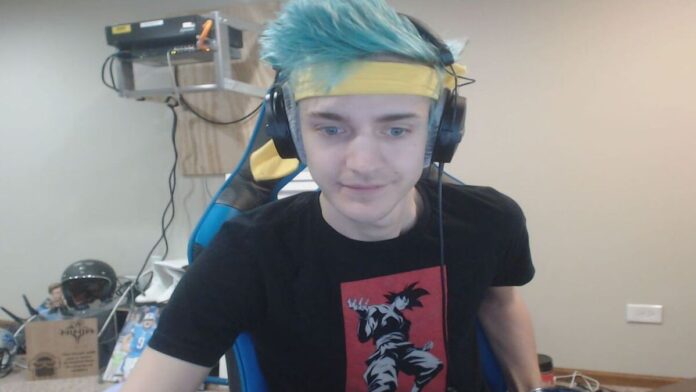 Ninja has revealed that he has earned a whopping $5 million in one month, just from his Fortnite Creator Code.

Ever since Fortnite became big, certain streamers and professional gamers, have gotten a surge in popularity. Likewise a surge in earning. Probably the most popular among them is Tyler Blevins aka Ninja. Both Ninja and Fortnite’s rise in popularity goes hand-in-hand. As his fanbase alone is a huge part of the Fortnite player base. Hence, both Fortnite and Ninja cash in loads of profits.

Ninja has recently revealed that he earned $5 million in a single month from his Fortnite Creator Codes profit. This was captured by Dexerto on one of his streams.

Fortnite Creator Code is a program that allows Fortnite content creators to earn 5% of profits from in-game purchases. This works by players putting in unique codes will they purchase items from the game.

After so many years, and so many competitions Fortnite is still going strong. And this is just an example of the game’s strong and committed fans. Half of the battle royale’s steady player base is due to their constant updates with events and changes. Additionally, the cross-over skins from all parts of pop culture media. Hence it is not too shocking that someone like Ninja made $5 million in a month just from his Fortnite Creator Code.

Not the first time we heard Ninja cashing in big. In fact, just a few months back, we heard Ninja getting paid $50 million to join Mixer. Although Microsoft’s streaming platform couldn’t keep up with the competition and eventually shut down. I don’t think Ninja cared as he got his full payment anyways.