New Star Wars: Knights of The Old Republic rumored to be in development 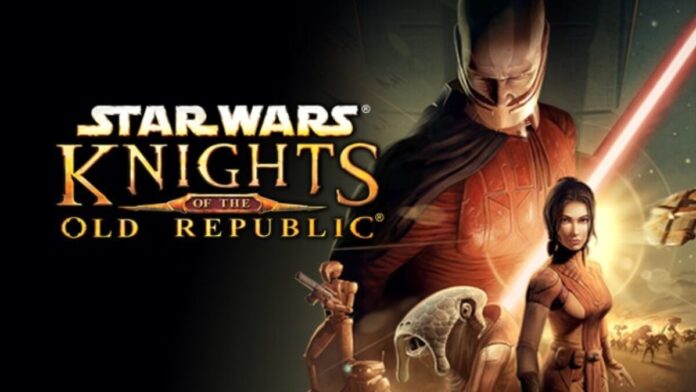 More sources now say that a new Star Wars: Knights of The Old Republic in development. But not by original devs, Bioware.

Last year, rumors surfaced about a new Star Wars: Knights Of The Old Republic remake or sequel being in the works. Additionally, at the time it was speculated that EA is responsible for the development process. A time when EA held exclusive rights to Star Wars game.

Recently, multiple sources have confirmed that a new New Star Wars: Knights of The Old Republic is indeed in development, although not by original creators BioWare or neither EA. Just a few days back, it was announced that all Star Wars games will be under a new Lucasfilm Games label. Much like the old times. Furthermore, a new open-world Star Wars game from Ubisoft was also announced. Developed by the veterans at Ubisoft Massive.

Now, prominent Star Wars insider, Bespin Bulletin has talked about an unconfirmed Star Wars game being developed. Moreover, Bespin Bulletin has also claimed that the new title will be Star Wars: Knights Of The Old Republic. Additionally, the claimer also mentioned that neither EA nor BioWare will be developing this. But the leaker does not know which team is behind this legendary RPG title’s revival.

Although EA has stated that they will still be making more Star Wars games, they haven’t provided names or details. So everything is up to speculations.

Nevertheless, old classics like KOTOR deserves a fully upgraded release with modern graphics and gameplay. After all, it was one of the biggest RPGs of its time. Many young gamers should not miss out on these great games. According to rumors, the Star Wars: Knights Of The Old Republic will use gameplay elements, locations, and storylines from both the older game and its sequel.

Star Wars: Knights Of The Old Republic first released on Xbox and PC back in 2003, then to iOS and Android in 2013 and 2014. Xbox One and Series X|S players can enjoy the classic title via backward compatibility.

With the release of the amazing Jedi Fallen Order and its success. Gamers and developers alike, are looking forward to more single-player experiences set in the vast universe. Something the franchise has been lacking in for a long time.