Call of Duty: Modern Warfare 2 is officially heading into its first season. The blockbuster title is the direct sequel to MW (2019), and like its predecessor, the game will also share similarities and features with the new Warzone 2.0.

Warzone 2.0 will feature the same mechanics as Warzone Caldera. The first weapon cycle of Warzone 2.0 will be from MW2, extending when the next CoD title releases. There are 51 weapons in MW2 currently, and more weapons will be added with a season pass. From all these weapons in MW2, choosing the ideal gun will be a complicated process, which is understandable.

Best Weapons to Unlock in Warzone 2.0

The Bullpup rifle, better known as the Aug, is one of the most versatile weapons in the game. It has an excellent fire rate and damage output over range, making it the perfect rifle for Al Mazrah.

How to Unlock the STB 556: Players can unlock the weapon by reaching player rank 41.

The RAAL MG is a top-of-its-class LMG, packing the punch of a cannon. The weapon can make any player on the receiving end of its fire flinch, resulting in an instant win during gunfights. Furthermore, the LMG is an excellent choice for long-range beaming.

How to Unlock the RAAL MG: Players can unlock the weapon by reaching player rank 25.

The Bryson 890 is the better version of the Bryson 800 with a magazine-fed chamber. The weapon has unmatched damage at close range. Furthermore, the 12 Gauge Dragon’s Breath ammunition contains incendiary rounds that cause damage over time.

How to Unlock the Fennec 45: Players can unlock the weapon by reaching player rank 38.

One of the finest variants of the Kastov rifle, the RPK is undeniably one of the most iconic LMGs from the CoD titles. The drum magazine-fed LMG has three bullet-kill potential, making it the perfect weapon for Al Mazrah.

How to Unlock the RPK: Players can unlock the weapon by leveling up the Kastov 762 to level 16.

The Vaznev-9K is a newcomer to the MW series. It has quickly become a community-beloved weapon for its versatile damage and handling capability. Although an SMG, the gun can do most ARs and Snipers in the game.

How to Unlock the Vaznev-9K: Players can unlock the weapon by leveling up the Kastov-74u to level 15.

MCPR-300 is the hard-hitting powerhouse of Warzone 2. The large caliber sniper rifle is more than capable of handling long-range gunfights. Moreover, with the proper build, players can use it for close-range engagements. This Sniper Rifle is the ultimate testament to the high potential of all rifles in Warzone 2.

How to Unlock the MCPR-300: Players can unlock the weapon by reaching player rank 1.

The LA-B 330 is the strongest rifle from the SP-R family. Its formidable sniper rifle has excellent damage output and accuracy for long-range gunfights. Furthermore, with the proper build, this gun can crack almost every armor type in the game.

The TAQ-56, better known as SCAR-L, is the most robust AR in the game. It is unmatched for long-range engagements. The headshot multiplier and the high damage output make this weapon a killing machine in the right hands.

How to Unlock the TAQ-56: Players can unlock the weapon by reaching player rank 19.

The Kastov-74U, better known as the AK-74u, is an iconic weapon. The Kalashnikov rifle is a perfect mixture of CQC and long-range firepower. The gun is a hybrid of SMG and AR, making it a strong choice for most game modes.

How to Unlock the Kastov-74u: Players can unlock the weapon by levelling up the Kastov 545 to level 13.

How to Level up Weapons Fast

For Players who own Modern Warfare 2, we recommend the following strategies:

For players who only play Warzone 2, we recommend the following strategies:

Stay frosty, and hopefully, our level-up guide helps you speed through the ranks to get your hands on every weapon in-game. Check out our Call of Duty guides for more loadouts, tips, and tricks. 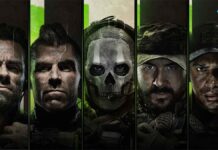