Microsoft reveals all the Xbox exclusive games coming in 2021 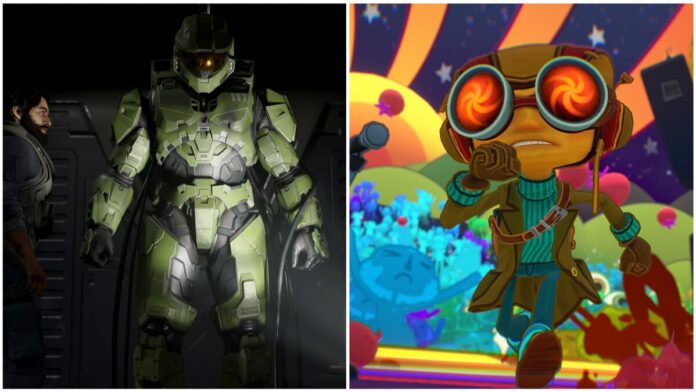 Microsoft has recently revealed a huge lineup of Xbox exclusive games releasing throughout 2021.

Microsoft has lagged behind against Sony and Nintendo when it comes to first-party and exclusive games. A well-known fact. But they have been preparing to catch up for the last 2 years with its myriad of acquisitions and game announcements.

Furthermore, for an easier understanding of what Xbox exclusive games are coming to the Xbox Series X|S this year, the folks at Microsoft have published a long list of games on their blogsite. Although most of the games have no fixed release date.

The officially confirmed Xbox exclusive games releasing in 2021 are:

A huge list of Xbox games indeed. If all goes well, Xbox players have a lot to look forward to with their shiny new next-gen consoles. This hefty collection of exclusives might just be the big break the loved console needs, to return to its former glory. With big names like Halo and Psychonauts, in the queue, things can only look better.

Moreover, some of the games in this list will also be heading to Xbox One too. So, previous-gen owners still have a lot to hype up for. All of the games will be releasing on PC as well as day one on Game Pass.

Microsoft is going all out this gen to compete with PlayStation 5. But as of now, they have still ways to go. Especially since PS5 still remains the popular console with its well established exclusive franchises.

Nevertheless, we are excited to see how the Xbox Series X|S stands its ground.