Ludwig Anders Ahgren is an American Twitch variety streamer. He usually streams games on his streams with occasional sprinkles of non-game-related content such as game shows, contests, and gambling. He also worked as an Esports commentator at various Super Smash Bros Melee tournaments. Since joining Twitch as a streamer, Ludwig has become one of the biggest channels on the site.

Back in March of 2021, Ludwig hosted a Subathon Livestream spanning over 31 days. He would extend his Livestream by 30 seconds for each viewer that subscribed. During this time, Ludwig was always online, and everyone saw him eating, sleeping, and bathing or going on about his daily life. At the end of the subathon, Ludwig became the biggest subscribed channel on Twitch.

But Ludwig decided to leave all that behind and move to YouTube to stream exclusively on it. Ludwig also hosts occasional Smash Bros tournaments for his viewers. In his last hosted tournament, Ludwig even managed to get MrBeast onboard as a sponsor.

But, Recently, Ludwig revealed that he lost $200k on his last Super Smash Bros Tournament. More info below.

On October 21st, 2022, Ludwig posted on his Twitter account about hosting a Super Smash Bros tournament. He also mentioned that the sponsor backed out at the last minute. But Ludwig was still determined to go through with it. MrBeast commented on the post asking if he could sponsor it.

The tournament went on to become a success, with a prize pool of $35k.

But, during the tournament, Ludwig revealed that he lost over $200k hosting the event. Ludwig was sitting on a couch with Aiden and saying, “For getting it done against all odds, and he only lost over $100k.” Then Aiden corrects Ludwig saying, “$200k”.

The cost comes down to paying for the venue, Crew, 64 participants, flights, hotels, etc. 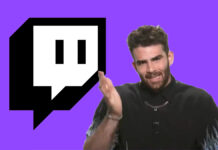 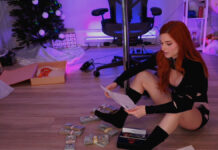