Ludwig Anders Ahgren is an American variety streamer. He usually streams games on his streams with occasional sprinkles of non-game-related content such as game shows, contests, and gambling. He also worked as an Esports commentator at various Super Smash Bros Melee tournaments.

Ludwig used to be one of the biggest streamers on Twitch. A few months back, he decided to hop on the red car and made his move to streaming on YouTube exclusively. Even after making the move, Ludwig is as popular as ever.

A few months ago, Ludwig hosted his Subathon 2.0, where he locked himself in a giant glass room for more than 24 hours. The Subathon was a success, and Ludwig raised more than $300k and completely crushed his original goal of only $100k.

And now Ludwig has made the headlines once again after joining Moist Esports as one of the new owners.

“A new friend has appeared!

The Tweet also has a short video of Ludwig and MoistCr1TiKaL in a really funny interaction. The video starts off with Ludwig talking about Esports organizations and their overvalue. Suddenly, we see Ludwig editing the video we were just seeing. All of a sudden, Charlie walks in through the door.

We then see one of the funniest interactions between Ludwig and Charlie. Charlie begins to show off all the trophies that Moist Esports has over the years. Ludwig then explains how Moist Esports is a successful org and does not have any crypto sponsors.

Ludwig then asks Charlie where he gets all the money to win so much. Charlie counter-argues that didn’t YouTube also give Ludwig a lot of money to make the move. We then see the two burning fake money in front of a fire. The video finally reveals the logo “Moist Esports x Mogul Moves”.

“happy to announce I’m a co-owner of Moist Esports !!”

So, with this begins Ludwig’s journey as one of the new co-owners of Moist Esports. 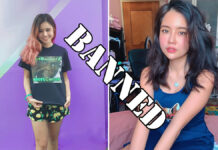 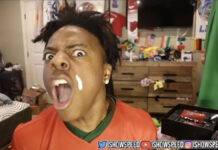 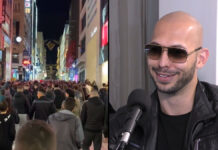 Andrew Tate Fans Protest on the Streets of Athens While Chanting...