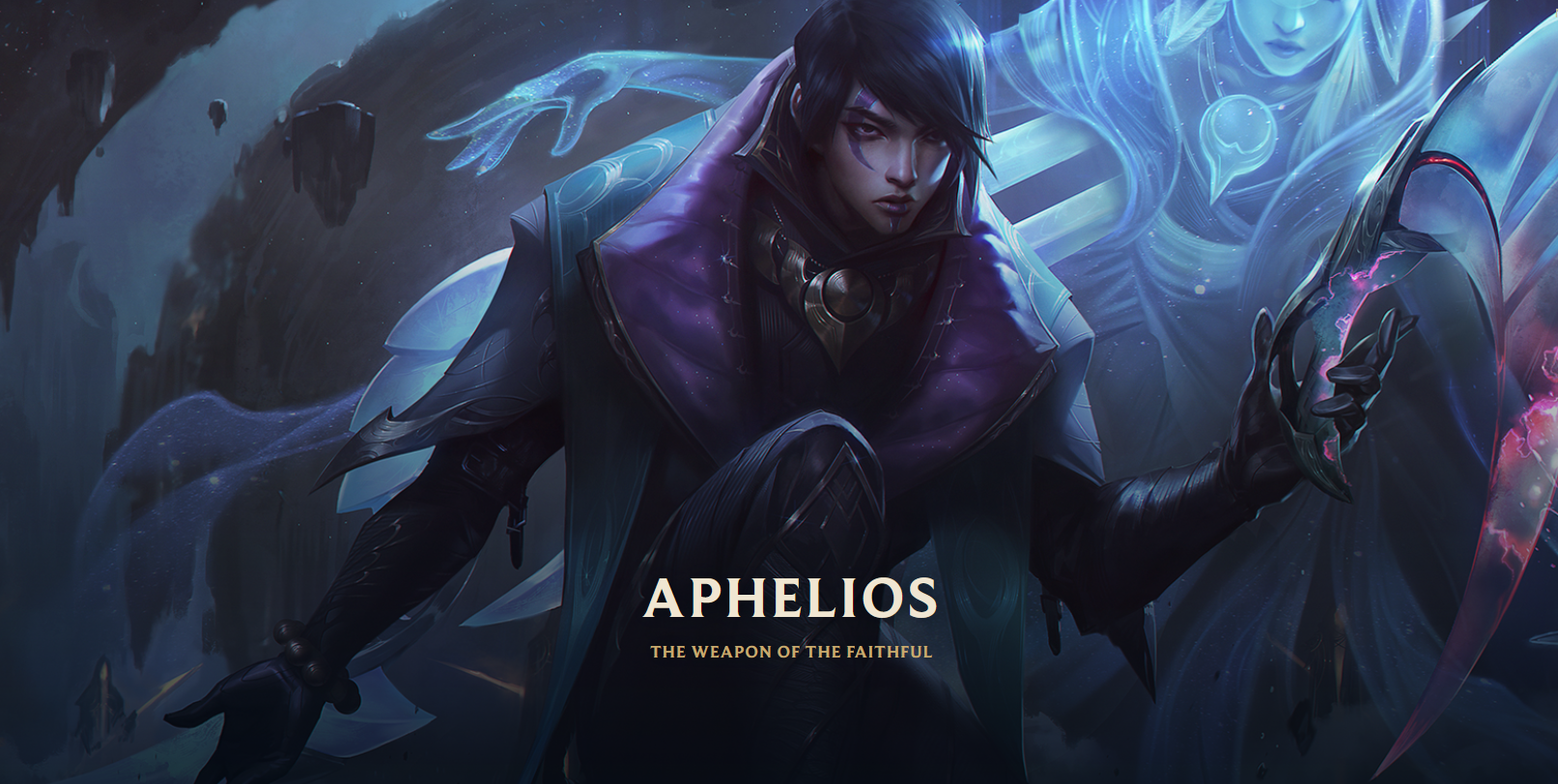 League of Legends added a new champion – APHELIOS biography to their universe. APHELIOS, the weapon of the faithful is set to become a Marksman according to the biography.

The New marksman is going to be a part of Mount Targon alongside with other champion like Diana, Leona.

With Senna released just couple of patch ago, no one was expecting of a new champion announcement, but Riot have decided to introduce a new champion regardless. We can hope to see a teaser in upcoming month.

It’s also been reported that Aphelios has gameplay designed by CertainlyT. CertainlyT designed the first draft on the champ and the rest is designed by Stashu.

With CertainlyT designing a champion everyone can expect APHELIOS is going to be high mechanical champion!

“Our faith is proven fate each time we deny it.” ~ Alune

Riot to buff Kayn, Sett, Xerath, Taric, Lulu, and some others...

Vladimir, Dr. Mundo, Gragas, Heimerdinger, and Garen are getting nerfs in...

Riot to nerf Morgana and Diana in League of Legends patch...

Hecarim gets another massive nerf on patch 11.9