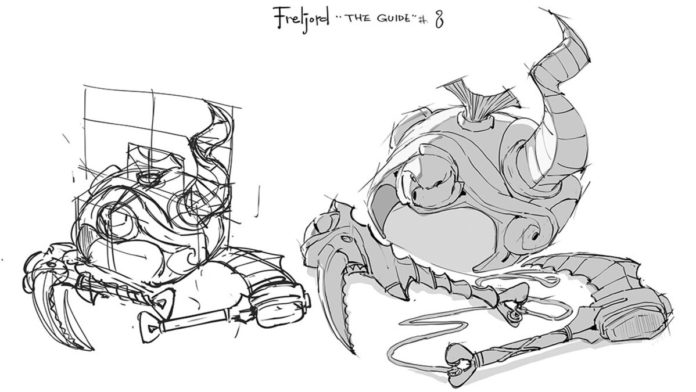 Many people think the new champion is going to be Yasuo’s brother Yone, as, recently Riot has released a video showing a masked champion who refuses to die. But this voice accents clearly points out that the champion is from Freljordian. So, this champion can not be Yone and Yone’s rumor might be completely wrong or to be announced later on.

The anonymous leaker has also leaked the new champion’s concept arts. The concept arts show off his weapon design and his helmet. From his weapon, it can be strongly guessed that he mounts some other characters like Sejuani.

The leaker suggests that the name of the new champion is Aidyn. When Aidyn is going to release is still unclear. And even if the rumors about Aidyn is true, he is going to be released after the Volibear rework goes live.