Jankos requests Riot, not to Buff Sejuani in Season 10 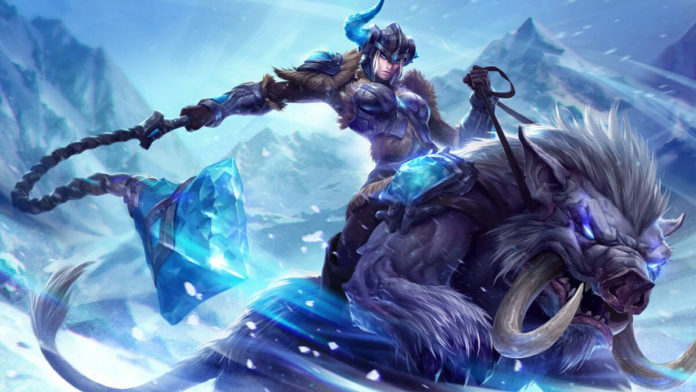 Jankos pleas to Riot not to buff forgotten jungler from Solo queue Sejuani stating that Sejuani at the current state is a playable jungler.

Reworked Sejuani’s kit has always been god-tier for the competitive matches. No matter Riot buff or nerf her, Sejuani used to be a meta pick. But she did receive some big nerfs in V9.16 which made her out of the meta from esports scene as well.

Sejuani is a kinda forgotten jungler from the Solo queue. She currently has only a 46% win rate with a 1.54% pick rate in Season 10. Although Riot did buff her in V10.1 she yet to debut in the esports in Season 10.

Jankos on why Sejuani is op in the Pro play

Janos thinks Sejuani is op because you always stack HP on Sejuani and more HP you get more damage she deals. Her Passive gives her free armor and magic resists sho she can just focus on HP alone, Jankos pointed out that as well.

When Riot nerfed her in patch V9.16 and V9.19 she did struggle to keep herself into the meta. So Jankos said if Riot decides to Buff her again she will be able to rush Warmog and be unkillable again.

And he thinks Sejuani is not friendly for the meta and the current state of Sejuani after patch 10.1 is still playable. So, he pleas to Riot to not buff her again.

One of the most controversial features of multiple Call of Duty titles, skill-based matchmaking (SBMM) is already on the Black Ops Cold War...
Read more
League of Legends

Tracking pro players in the Chinese server: IGN, how to watch, and more

“Take over” League of Legends Worlds 2020 song: all the Easter eggs, hidden logos, lyrics, and more