This guide will teach you how to effectively phase into opponents’ boxes using the Zero Point Crystals found in the sandy area near the center of the Fortnite Season 5 map.

Fortnite Chapter 5 Zero Point began on December 2 and introduced a ton of map changes and new mechanics. The Zero Point that was under the map is now exposed thanks to Galactus and it spawned a sandy area and purple crystals all around it. Breaking these crystals and consuming them gives a short dash power up for 10-15 seconds.

A New way to phase into opponents’ boxes has recently been found and you will learn all about it by reading this article.

Read More: How to get the PS5 Alternate Style for the Kratos Skin in Fortnite

A Fortnite player named Jedi2x released a video guide on how to consistently perform this trick. In the video, he explains how to phase into an opponent’s box and get free damage on them.

Jedi2x also explains that the opponent will probably try to make a ramp as you are dashing though as they will be in a state of panic. That doesn’t matter as you will be all the way inside and behind them if you successfully perform this trick.

You can then use your weapons to take shots on them for some free damage or maybe even eliminate them if they are low enough.

Give this awesome trick a new trial and you might be surprised at how effective and consistent this simple trick is. 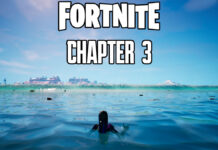 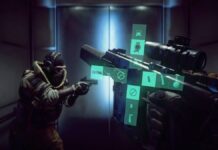