How To Play Knockout City Multiplayer With Friends

EA’s latest installment is already making numbers for them.

EA’s dodgeball game has already hit the gaming world with a surprise. The game itself already topped two million players just three days after its release. Knockout City’s cross-play lets you play its multiplayer with anyone on any platform at any time. Moreover, we have made a guide on how you can play Knockout City with your friends.

To play the game itself, you will first need to buy the game with an Origin ID. Although now you can play it for free until the 30th of May. Once you have downloaded the game, now it’s time to add your friend and jump into the cross-play world of Knockout City. Knockout City gives each of its players a unique Knockout City ID with which you can add your friends and players around the globe.

After you have added your friends, join their group or invite them over to your party. After you join or invite them to the party, the game takes you to the hideout, where you can practice. The party leader can then choose to jump into casual or competitive mode. In fact, you can finish contracts and challenges together, which will give you in-game rewards for your character customization.

Read More:How To Play Knockout City For Free On PS4, Xbox One, And PC

Knockout City allows full crossplay, meaning you will play against players from different platforms. The game is free until the 30th of May, but if you want to keep on playing it, you can buy it for just $19.99. 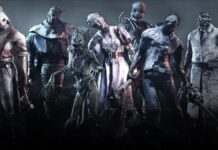