In this guide, we will be explaining all the ways you can find Kimetsu Points and Memory Fragments in Demon Slayer: Kimetsu no Yaiba – The Hinokami Chronicles.

The story follows Tanjiro and his demon sister Nezuko as he embarks along with her on the journey to join the Demon Slayer Corps and find a way to turn his sister human again, just like events of the anime and manga.

Read More: How to Unlock Outfits and Skins in Back 4 Blood

Although primarily a fighting game, The Hinokami Chronicles does offer some exploration. And through this exploration, players will come across collectibles such as Kimetsu Points and Memory Fragments. However, none of these collectibles are missable as their icons appear on the map. Moreover, each chapter can be replayed at will even if players miss anything in the first time around.

How to Find Kimetsu Points

Kimetsu Points appear as shiny golden stars or sparkles on the map and are a form of in-game currency used for unlocking Rewards. These rewards include Profile Photos for your online profile, Skins, Fighters, Musics and Quotes. The most obvious way of collecting Kimetsu Points is through progression of the story campaign. However, even after completing the story mode you might realize that you are missing set amount of Kimetsu Points for unlocking certain rewards. For example, unlocking Characters/Fighters early on in the game require you to spend 4,000 Kimetsu Points for each.

So, to make up for those lacking points, you should head on to the Training mode from the menu to earn yourself some major chunks of Kimetsu Points. The more you progress through the Ranks of Tanjior’s training, the more Kimetsu Points you will be able to collect. For example, you will earn 50 points for each task you succesfully complete under each Rank, and an additonal 50 for clearing the Rank itself. So if you clear all three tasks, you will earn 150 points plus 50 points, making a total of 200 points from each Rank. So take your training seriously if you want to collect every Reward!

How to Find Memory Fragments

Then we have Memory Fragments which appear as shiny white Gemstones on the map and the world itself as well. They can be found spread across various parts of the map. However, some of the Memory Fragments will automatically unlock as you progress on your story campaign. Here are the number of Memory Fragments available in each chapter:

There are a total of 53 Memory Fragments you can collect, and they unlock various clips from the Demon Slayer Anime. However, these are not animated scenes and rather Slideshow-like pictures with voice-overs. As mentioned earlier, none of these Memory Fragments are missable from the Story campaign itself as the gemstone icon will appear on your map and allow you to locate them easily. However, they will oftentimes be located farther away from the main objective and require a bit of exploration from your part.

Demon Slayer: Kimetsu no Yaiba – The Hinokami Chronicles is available on platforms such as PlayStation 4, PlayStation 5, Xbox One, Xbox Series X|S, and PC. 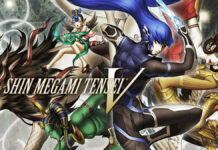