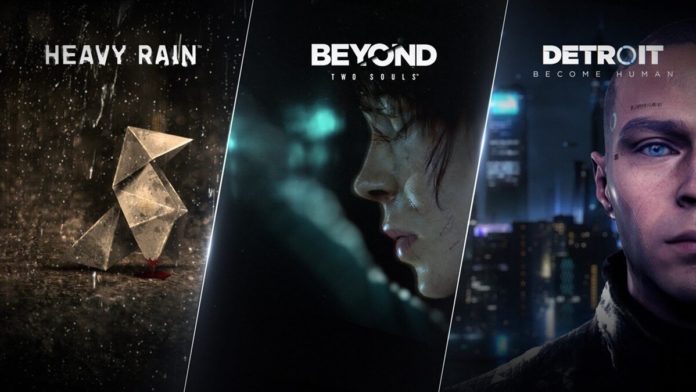 The Playstation exclusives from Quantic Dreams was brought to PC last year through Epic Games Store. Although these games were exclusive to Epic Games, this enabled many players to finally play these thrilling story games on their PC.

But today, Heavy Rain, Beyond: Two Souls and Detroit: Become Human have been listed on Steam. All three games are planned to be released on June 18. As an added bonus, these games will support Steam Achievements, while Epic Games Store still doesn’t support achievements.

Check out the descriptions of these games down below.

Experience a gripping psychological thriller filled with innumerable twists and turns. Spanning four days of mystery and suspense, the hunt is on for a murderer known only as the Origami Killer – named after his macabre calling card of leaving behind folded paper shapes at crime scenes. Four characters, each following their own leads and with their own motives, must take part in a desperate attempt to prevent the killer from claiming a new victim. You need to think fast and act even faster, as every choice and move you make can result in dramatic, game-changing consequences – and even determine who lives… and who dies. How this story ends is entirely up to you.

In 2038 technology has evolved to a point where human like androids are everywhere. They speak, move and behave like human beings, but they are only machines serving humans. Play three distinct androids and see a world at the brink of chaos – perhaps our future – through their eyes. Your very decisions will dramatically alter how the game’s intense, branching narrative plays out. You will face moral dilemmas and decide who lives or dies. With thousands of choices and dozens of possible endings, how will you affect the future of Detroit and humanity’s destiny?

A unique psychological action thriller delivered by A-list Hollywood performances by Ellen Page and Willem Dafoe, Beyond: Two Souls takes you on a thrilling journey across the globe as you play out the remarkable life of Jodie Holmes. Craft your own action-packed story through your choices and actions as you live her life – a girl born with a link to a supernatural entity called Aiden. By playing as both Jodie and Aiden, you will face spectacular physical and psychological challenges to understand what truly lies…beyond.

If you are planning to buy the games then try out the free demos now, which are available right now on Steam.