343 Industries has announced that a Halo Infinite development update is coming this week. Will continue to give monthly updates till release.

After the much-awaited Halo Infinite disappointing delay to Fall 2021. The game almost went silent without much detail of the progress. But just a few months back, 343 posted pictures of the revamped graphics and armors of the game. Honestly, looked awesome and much more fitting for a true next-gen game.

Read more: New Star Wars: Knights of The Old Republic rumored to be in development

Fans became worried as any Halo Infinite news, updates regarding Master Chief’s newest adventure fell short over the months, except for a few in-game images. Furthermore, a seemingly overpriced paid cosmetic system and free-to-play multiplayer also confused fans. As the marketing and announcements were a bit convoluted. All these led to speculations that the game is still in a worrying state.

To soothe the worries 343 Industries has announced that they will be providing monthly updates till release. In fact, a Halo Infinite development update will be posted soon. This news was first confirmed by  343 Community Manager Brian “Ske7ch” Jarrard in a reply to a Reddit post, talking about how suspiciously dark this game has gone. Although he mentioned that these updates are only to keep fans posted. And will not be big trailers and screenshots.

Hence, we advise you not to get too hopeful.

Nevertheless, we now know that at least some updates about the next entry to this epic franchise is coming. But when it’s a game like Halo, one cannot get too hyped yet doubtful. Especially since the last 2 entries did not meet expectations. Moreover, we do not know whether the multiplayer will be focused on classic Halo or bring in new types. Like a battle royale.

No matter what it has been too long since Xbox has seen Master Chief in a new battle for freedom.

The Steam Summer Sale is back with the huge discounts, new... 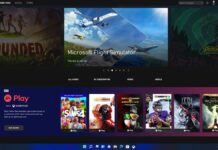 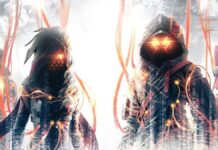 The Complete Guide For The Achievement List of Scarlet Nexus

Space Jam: A New Legacy – The Game coming to...