Half-Life: Alyx Can Be Played Without a VR Headset as suggested by New Video 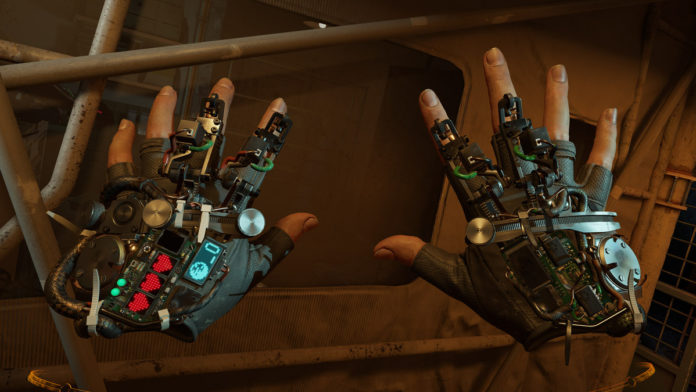 Half-life: Alyx, released three days ago, has been an overall success with ‘Overwhelmingly Positive’ review according to Steam’s users that is 98% of the reviews are positive. Despite its excellent reviews Half-life: Alyx is a VR-only game, which means that all the Half-life fans won’t be able to experience it.

However, Valve News Network founder Tyler McVicker found out that playing Half-Life Alyx without a VR headset is indeed possible. In the clip, Tyler shows that with a simple use of the console command “vr_enable_fake_vr_test,” Alyx’s hands show up in a surprise.

Also See: All the new details you need to know about Half-Life Alyx

Though Valve’s Programmer and Designer Robin Walker was already aware that someone out there will mod Half-Life: Alyx to be played in a standard screen, with mouse and keyboard. However, he believes that playing Half-Life: Alyx without VR won’t have the same impact as playing the game as intended.

There are a set of people on the team that are concerned about that. Personally, I’m not concerned about it at all. It will clearly demonstrate to people why we did this in VR .

It will be a very crisp way of seeing all the stuff we got for the move into VR. If people play and say this is is just as good, that will teach me a lot. I will realize I’m wrong, and we didn’t get as much as we thought, and I love to know whenever I’m wrong

But this method is far away from being polished. So if you want to play Half-Life: Alyx right now, then grab a VR headset and jump onto Steam.